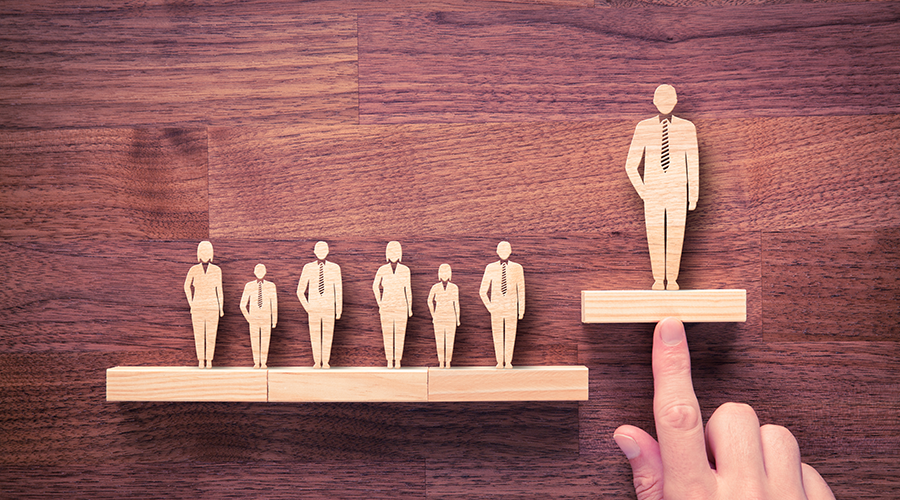 Inside: Learn essential business management strategies from CEOs of the most successful companies in the nation.

You might not think that your small independent pharmacy and corporate giants like Disney or Apple have anything in common. But at the end of the day, a business is a business whether it’s big or small.

The CEOs of powerhouses like Ford and Costco find themselves facing similar issues that you confront every day. Discover the practical business management strategies Fortune 100 leaders learned growing their companies into the top businesses in the nation.

If Apple CEO Tim Cook screws up, the last thing he’d do is double down. In 2012, when Apple’s map application ignored public transit and sent people to non-existent destinations, Cook made a public apology and moved onto the next challenge. He told the Washington Post, “If you’re honest, people will give you the benefit of the doubt.”

The key is not to get caught up in pride or ego. Instead, admit when you’ve done something wrong. If you’re candid when you make a mistake, your team members and customers will be more likely to forgive and forget.

In a 2014 letter to Berkshire Hathaway shareholders, chairman and CEO Warren Buffett and his partner Charlie Munger detailed what kind of person makes the best kind of business leader.

One of the crucial traits? A passion for the work.

A leader who’s driven by passion makes decisions fairly and sets a good example for their employees, customers, shareholders, and more.

By “enthusiastically admiring” the work of others, such leaders better themselves and the business as a whole.

When former Alphabet executive chairman Eric Schmidt joined Google in 2001, one thing became immediately clear: he had to make choices quickly to succeed.

“The most important thing to do is to have quick decisions,” he told LinkedIn founder Reid Hoffman on the podcast Masters of Scale. The decision to buy streaming video giant YouTube was made in a matter of days, which has paid off for Google’s parent company Alphabet.

Many managers get slowed down when they start taking every opinion into consideration. The key to this strategy is to make sure everyone knows their exact roles and sticks to them.

RELATED: How to Make Better Decisions for Your Independent Pharmacy

This may seem like an obvious cardinal rule of retail, but Costco takes the practice to the next level. Their straight-talking customer service agents ward off frustration and keep people coming back into the warehouse.

Their devotion to making things easy for customer is about doing the right thing rather than impressing them, which makes the practice all the more impressive.

Because their top-notch customer service inspires loyalty from their customer base, Costco can afford to go no-frills in other aspects. There’s no fancy interior design or bags at the checkout lane, but people keep coming back anyway. Great business management always entails great customer management.

5. Look at the big picture — Microsoft

With so much to take care of in your business day to day, it can be easy to keep your head down and forget to look up. But former Microsoft CEO Steve Ballmer says that leaders can’t afford to forget the big picture.

With a birds-eye view of your market, you’ll be able to make better business management decisions for both the short and long term.

When Brian Cornell was named CEO of Target in 2014, the company was struggling. Changes needed to be made. To make that happen, Cornell was clear with current employees about his expectations.

He laid out where he wanted to reinvent the wheel and the areas he thought merely needed some tweaks. He also shouted from the rooftops about the parts of the business that were already succeeding.

“We’ve got to be out there communicating,” Cornell told USA Today. Instead of hiding behind an executive veil of executive privilege, transparency at all levels is what would drive the company’s future success.

When you’re the boss, you may feel pressure to always issue directives. Hopefully you’ve filled your pharmacy with the best employees you can find— when that’s the case, Fields says you should listen more than you speak.

Seek out feedback from your team, and take that feedback seriously, especially if it’s not what you expected it to be.

“You have to make the effort to include people and bring them along on the journey,” Fields told CNBC.

While he was executive vice president of Disney, Lee Cockerell took pride in knowing everything that went on under his umbrella.

“At Disney, we believe everything’s important,” he told Fast Company.

Having a great attention to detail will put your pharmacy over the top in your patients’ eyes, whether it’s neatly organized shelves or a friendly greeting when they walk in the door.

The key to mastering the small stuff is not only doing your own job well, but figuring out what your team needs to do their job well.

Todd Jones, president and CEO of the grocery chain Publix, started as a store clerk. The company nurtured his growth, and he rose through the management until he got to the top.

Recognizing the strengths of your employees and rewarding them for it will make your pharmacy better. At a leadership event in Sarasota County, Jones emphasized how important it is for team members to have “skin in the game.”

As a manager, ask your employees about their goals in the job, and implement processes to nurture growth among them.

RELATED: How to Turn a Good Employee Into a Great Pharmacy Manager

Even if you’ve been in the business for thirty or forty years, you’ll never attain perfection. But that doesn’t mean you should stop striving for it.

“The best leaders keep learning,” former Coca-Cola chairman and CEO Muhtar Kent wrote. “They learn from their mistakes and their successes—not only when they’re young, but throughout their careers.”

As you progress throughout your career, don’t get stuck in easy habits. Instead, keep refining your business management strategy, set goals, and remain open to new experiences.