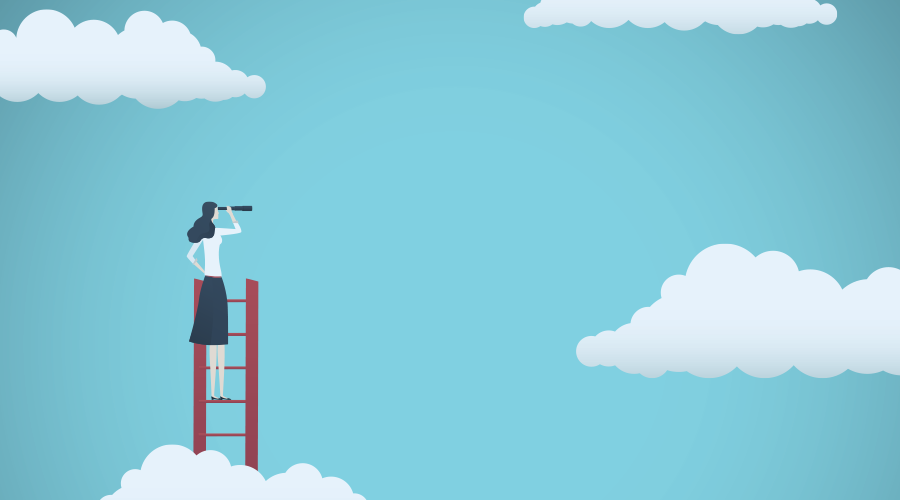 Inside: Discover essential business lessons that can make your pharmacy great from the seminal business text Built to Last.

In 1994, Jim Collins and Jerry I. Porras published Built to Last: Successful Habits of Visionary Companies. In the last quarter century, the text has become required reading for leaders of big and small businesses.

The book breaks down the examples set by innovators from companies like Hewlett-Packard, Disney, Sony, and 3M. Though these are industry giants, their time-tested business lesson can apply to your independent pharmacy.

What makes a company visionary?

It’s more than being successful or long-lasting. A visionary company has something extra, according to Collins and Porras.

As a business owner, you might be tempted to jump onto the latest industry or business fad. But a visionary company is able to strike a balance between preserving what works and changing what doesn’t.

After making mistakes or being faced with setbacks, visionary companies are resilient and bounce back, giving them the potential for long-term growth.

Distinguish yourself from the pack by taking up some of these visionary habits and changing your pharmacy’s culture.

Your pharmacy might not make a profit right out of the gate, and you’ll likely go through valleys on your journey to the top. Because of that, it’s important to have well-established values to rely on during the tough times.

“The crucial variable is not the content of a company’s ideology, but how deeply it believes its ideology and how consistently it lives, breathes, and expresses it in all that it does,” according to Collins and Porras.

In the 1980s, Ford Motor Company found itself in dire financial straits. Then-CEO Don Peterson said, “There was a great deal of talk about the sequence of the three P’s—people, products, and profits. It was decided that people should absolutely come first.”

By clarifying and committing to their principles—which had been set in place by Henry Ford in 1916—the auto giant was able to pull itself back up.

With a core ideology in place, your pharmacy should be able to navigate through future challenges, too.

Be ready to shed non-core beliefs

While your core ideology should be unwavering, you must also be able to recognize when things are not working. Built to Last cites Walmart’s Sam Walton, who famously said, “You can’t just keep doing what works one time, because everything around you is always changing. To succeed, you have to stay out in front of that change.”

Don’t stick unquestioningly to specific policies, workplace norms, and operations. Over time, these familiar habits lead to a stuttering of innovation and bring your pharmacy down. Collins and Porras emphasize that the most important strategy for running a business should be to “preserve the core and stimulate progress.”

Instead of relying on the organizational hierarchies you set up at the founding of your business, continually assess whether they truly reflect your core ideology. If something is no longer working, don’t wait to drop it for a newer, better system.

One way to jump-start progress within your business: set audacious goals.

You’re probably already setting goals in your pharmacy like improving customer satisfaction or increasing profits by a certain percentage. But don’t stop there.

Think big—what is the thing you want for your pharmacy that you can only hope for in your wildest dreams? Make that moonshot a stated part of your mission.

For Boeing in the 1960s, this goal was to break into the commercial aviation market. For GE in the 1890s, it was to become the top company in every market they served.

Even though you might not completely attain your wildest dream, by committing to try, you’ll make significant strides. And that will set you apart from your competition, making your pharmacy a leader in your community.

Don’t be afraid to try things

In the theory of evolution, random mutations mean that some species succeed and others fail.

This can apply to business, too, with some companies finding great success in accidental innovations. Former CEO of 3M Richard P. Carlton said, “Our company has indeed stumbled onto some of its new products. But never forget that you can only stumble if you’re moving.”

To constantly evolve, your pharmacy should always be floating out new ideas. Some of them will fail, but some of them might stick, leading to unexpected opportunities and profits.

By remaining adaptable, your pharmacy will be able to stay afloat during changing tides.

Visionary companies like IBM, Disney, and Nordstrom all have atmospheres that could be described as “cult-like.”

This might conjure images of robes and chanting, but for companies it means that all the employees have bought into their ideology and feel energized by the cause.

In order to emulate these corporate giants, you not only have to have a well-established ideology, but you also have to participate in a certain amount of indoctrination.

At Disney, this means using a special language where the employees are “cast members” and a work shift is a “performance.” For your pharmacy, it might mean that customers are always “patients,” or that every service interaction includes a specific action to make patients feel special.

But having a “cult-like” atmosphere does have a downside. It means that employees who don’t buy into the mission will have a hard time succeeding, and it makes it much more important to hire for cultural fit.

Invest in your people

The best bosses train their employees to be leaders.

The legendary GE CEO Jack Welch was raised up within the company. When he finally took the wheel during a turbulent time, his institutional knowledge helped steer the behemoth back to success.

Whether you are looking for a successor or just want a manager you can trust, it’s important to foster the talent within your pharmacy. By carefully selecting your strongest employees and helping them grow their leadership abilities, you don’t have to stand alone as a pillar of the pharmacy’s core ideology.