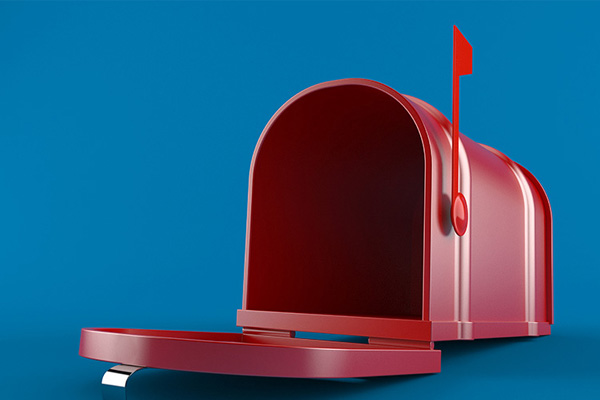 Non-digital advertising might be on the decline, but it remains essential for a rounded and successful marketing plan.

Even as analog marketing’s usage is declining, its effectiveness is rising. Response rates for direct mail are the highest they’ve been in a decade, triple those for digital channels like email, social media, and online advertisements. A study from Nielsen, a global performance management company, discovered that newspaper, radio, and billboard ads all surpassed online ads in trustworthiness. In a MarketingSherpa survey, analog ads were considered trustworthy by up to 82 percent of people, while digital channels were as low as 25 percent. “There was a clear schism between traditional/offline advertising and digital/online ads,” the report stated. “The five most trusted channels were all traditional channels while the bottom eight channels were all digital.”

Here’s an overview of the various options for analog advertising to help you determine which medium is best suited for your pharmacy’s advertising goals. Consider enhancing your ad efforts by using multiple analog methods in tandem and by seamlessly incorporating digital advertisements in your campaigns.

Even with the rise of streaming music services like Spotify and Pandora, large numbers of Americans still turn on the radio every day. According to a Nielsen report, “In a time of intense competition for audience attention, radio reaches more Americans each week than any other platform. Ninety-three percent of adult consumers (18+) use the radio on a weekly basis, more than TV or smartphones.” Perhaps surprisingly, millennials tune in at the highest rate. But boomers spend the most time listening. Nielsen said advertisers can expect an average of 12 times the return per dollar spent on their radio ad. Another study concluded that on average radio spots resulted in a 22 percent lift in-store traffic.

Tips for radio advertising
Radio ads typically run at 15, 30, or 60 seconds. Experts say 60 seconds is the most effective length, but 15-second ads allow you to run more frequently. Leighton broadcasting, a radio marketing firm, recommends 21 ads per week, 52 weeks per year. It is better to bunch your ads together than spread them apart. Top times to advertise are between six to ten in the morning and three to seven in the evening. The most popular station isn’t necessarily the best station; choose stations whose listeners match your target demographic. For small businesses, it’s likely best to hire someone else to create the ad, such as the radio station, a professional company, or a freelancer. For a more affordable option, consider creating a script and having the radio host read the ad, which listeners are more likely to hear than a pre-recorded ad.

Outdoor or out-of-home advertising includes billboards, benches, posters, bulletin boards, branded vehicles and buses, and more. If people see it outside the home or office, it’s outdoor advertising. These ads are more effective for promoting general awareness than specific actions. Outdoor ads have the advantage of staying put no matter what, unlike emails that can be deleted, online ads that can be blocked, or mail that can be thrown away. They grant repetitive exposure to your audience who travel the same route every day. Almost half look at outdoor ads when passing them, and 70 percent of drivers consciously look at billboards while driving. One survey found that nearly a third of people went to a business after seeing their outdoor ad.

Tips for outdoor advertising
People will typically only see these ads briefly and will likely be on the move. That means copy must be digested in seconds and the graphics must grab their attention. Try to keep the copy under seven words and the pictures bright and big. Good spots for outdoor ads include areas close to your pharmacy, near a competitor, next to popular destinations, and on busy routes. Other spots to consider are near assisted living facilities, where patients regularly need medications, and hospitals and clinics, where patients will be leaving with prescriptions in hand. Banners at sporting events, school events, and community events make for affordable spots with guaranteed traffic. Putting your pharmacy logo on your delivery vehicle, either with a decal or magnet, can get your name in front of a lot of eyes, and the ad doesn’t have an expiration date.

Response rates for direct mail are the highest they’ve been in a decade, triple those for digital channels like email, social media, and online advertisements. The mailbox has less competition than the inbox. Many people receive fewer than 10 pieces of mail in their boxes each day. Compare that to the 100 emails consumers receive daily on average. Direct mail always enters the hands of your target, always catches their eye, and at a minimum, sticks with them from mailbox to trashcan. More often, though, that direct mail lingers in the home for 17 days on average, which provides more exposure to the residents and to anyone else they have over.

Tips for direct mail advertising
For direct mail, create graphics that pop. People’s eyes first find the dominant visual element before moving on to the copy. Make one clear statement and one clear call to action. Use a QR code for redemption of an offer, so you can measure response rates. You can purchase a mailing list from a list house or mailing organization. You can buy them demographically (by age, profession, habits, or business), or geographically (by location, state, and zip code), the Small Business Administration says, or you can buy a list with both qualities. On average, you should pay between four to five cents a name.

Although print reading has declined since the turn of the millennium, millions of people still read newspapers and magazines daily. And because print numbers have fallen, so have prices, making print advertising an affordable route. Seniors read print publications the most, and they also happen to be pharmacy’s most lucrative demographic. The American Marketing Association also points out that the remaining print readers are the most engaged, “which is a desirable trait, from an advertising standpoint.” Of all advertising mediums, print ads are the most trusted by consumers.

Tips for print advertising
The best day for a newspaper ad is Sunday. An op-ed on a relevant topic is the best kind of print ad because it’s free and it builds credibility. Publishing ads in local publications, such as a town news periodical, a free city magazine, a trade magazine, or a local food magazine captures audiences prone to shop at local community businesses. Those ads are also less expensive. Depending on the size of your city, there could be dozens of local print publications to take advantage of. In terms of ad placement, the earlier the page the better. For magazines, the inside cover and back page are also good spots.

Booths serve as a simple, unaggressive advertising tactic. Whether it’s at a trade show, community event, or festival, hosting a booth is a way to get your name in front of thousands of people in a short amount of time with a small amount of cash. A booth can be as simple as a table and a banner. Print materials and branded gear are relatively inexpensive. Because booths focus on informing rather than selling, people are more likely to engage with them.

Tips for booth advertising
Use a booth for building general awareness rather than advertising something specific. You want people to know that you exist and to remember your name. Use a large banner with a clear logo of your pharmacy. Hand out free, branded swag people will take with them to their homes, cars, and work. Off er enticements for children, like snacks and games, who will drag their parents along. Raffl e off a prize for email signups, making sure the prize is worthwhile, like an iPad or gift card. Tie it to social media by having people check in on Facebook to be entered into a contest. Don’t be pushy, and don’t sell anything.

Sponsorships are extremely effective at the local level. A single investment in jerseys for a club soccer team will get your name in front of not only those players’ parents but every parent of every team they play. Most local sponsorships do double duty: they build awareness and they bolster community reputation. Sponsoring a school event shows your community support while also exposing you to hundreds of people in your neighborhood. Far and away, people nowadays connect emotionally with companies who are community-centered and socially-concerned. Sponsorships are gold from a labor standpoint as well, as they typically don’t require creating an advertisement—your logo does all the work.

Tips for sponsor advertising
There is almost no end to the ways you can use sponsorships to advertise. Sponsor a 5K fundraiser for a logo on the t-shirt, a booth in the prime position, and your name on the print collateral. Help pay for a school’s field and equipment fees in exchange for placing a banner in the building or on the field with your pharmacy’s name. The ideal sponsorship will get your branding in front of your ideal prospects, including those who live near your pharmacy.