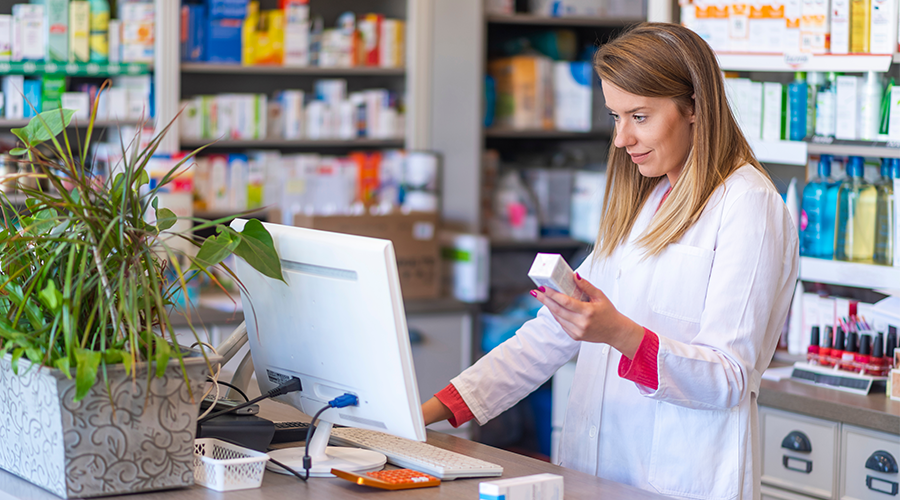 Imagine a world without DIR fees. No clawbacks, no audits, no worrying about whether reimbursements from PBMs will cover your costs. That world seems like a thing of the past, doesn’t it?

Well, Mark Wright, founder of GenScripts Pharmacy in Tulsa, Oklahoma, has created a sustainable business model reminiscent of those days when the world of pharmacy was simpler, and more lucrative. Founded in 2006, GenScripts cut out all third parties from day one—no insurance companies and no PBMs, no matter what. In the thirteen years since its founding, the model hasn’t changed, and the pharmacy now has four locations, with some doing as much as 250 scripts per day—all paid for with cash. “The business model is quite profitable,” Wright said. “And it really satisfies the needs of our patients and allows us to serve them.”

Wright began his career as a pharmacist and ended it as a third-party administrator, and when he retired, he began working as a relief pharmacist in both independent and chain pharmacies. What he experienced there dismayed him.

Both the pharmacy staff and the patients were being yanked around by third parties with long wait times and prior authorizations, he said, which is something he’d never dealt with in his early years practicing. “The folks that were most impacted were the people who didn’t have any insurance at all,” Wright said. “They basically got stuck into that same system and got worse treatment than anybody.”

He knew that he could find a better way.

When Wright first began contemplating opening an independent pharmacy, he asked himself, “Where’s the greatest need?” It was the early 2000s, long before the Affordable Care Act, which meant there were scores of people with no insurance coverage and many who didn’t have access to Medicare Part D. “We said, ‘Well, let’s cut out all third parties. See if we can make a living and take care of these people at the same time by running an efficient operation.’ And that’s what we did,” Wright explained.

Although it didn’t take much capital to open their first location at the heart of Tulsa, the pharmacy’s cash-only concept was met with confusion from wholesalers and scrutiny from regulators.

“The wholesalers didn’t know what to make of us,” Wright said. And at the time, there was controversy going on in Florida over pill mills known as “cash pharmacies” that made regulators leery of the cash model. So, Wright pitched GenScripts as a high-value pharmacy rather than a cash pharmacy. “Our service level and the prices that we bring to the market allow us to position ourselves as the highest value pharmacy in the community where we operate,” Wright said.

From the beginning, GenScripts worked with local physicians to help introduce their new concept to patients. Physicians would refer patients who were uninsured or underinsured and concerned about the cost of their prescriptions. But then, something funny happened. “The physicians liked the look of our prices, and they started showing up, too,” Wright said.

GenScripts runs a tight ship to keep the costs of their prescriptions affordable to the people that need them most. They aggressively seek the best prices, keep a low inventory, and mostly dispense generic medications. “It’s a real simple business model that has to be managed in a very careful fashion,” Wright said. “It does take a significant amount of marketing to make it work.”

Initially, the pharmacy mostly served uninsured patients who would have been paying out of pocket no matter what. But over the years they’ve also gained traction with patients who have insurance.

“People’s plans can be really restrictive in terms of formularies, deductibles, requirements for prior authorizations and all the hassle that goes on there,” Wright explained. “We have just grown tremendously with the insured patient. We went from thinking we could support one pharmacy taking care of the uninsured, and now we’re in a position to operate five pharmacies that take care of not only the uninsured but also the people who have coverage and have to be careful with their healthcare spend.”

One consequence of the cash-only model is that GenScripts doesn’t always have the pricier, less-commonly prescribed drugs on hand. But they do their best to accommodate patients’ needs. As long as their wholesaler has the drug in stock, they can have it in the pharmacy the next day with overnight shipping. Sometimes, they will even contact a patient’s physician to see if they’re okay with dispensing the medication in trade packaging to accelerate the process and get it to the patient faster.

GenScripts hasn’t found a way to incorporate specialty medications like biologics into the cash-only model, however. “At this point, we’ve found no way to adapt our model to satisfy the great need that exists in that marketplace,” Wright said.

The staff at GenScripts doesn’t have to spend a large chunk of their time wrangling insurance companies and PBMs, which means the job is more fulfilling for the pharmacists and more customized for the patients. “We’re not all stressed out about whether we can get paid by the PBM,” Wright said, which allows pharmacists to focus on what’s best for their patients.

Staff members offer personal consultations to find the most affordable path for patients. They demonstrate how low the costs can be, which encourages adherence. They also get insured patients through the door by showing them how they can save money.

“We have a formal program where people can schedule a no-obligation, no-cost prescription cost audit with our pharmacists. It’s printed out for them and goes with them to their physicians so they can discuss their options,” Wright explained. They propose cost-saving measures like buying in bulk or switching to an alternative therapy. Ultimately, Wright said, GenScripts focuses on the traditional triad of pharmacy: “The pharmacist working with the patient and his physician to optimize care.”

Push toward the future

The idea of a cash-only pharmacy harkens back to Wright’s days chipping ice in his father’s pharmacy in the 1950s, but GenScripts is poised to push the business model into the 21st century. They currently operate four stores in the Tulsa area and are planning to expand into Oklahoma City and beyond. “The business model is so profitable, and it’s simple to operate, so as opportunities come along we intend to expand pretty rapidly over the next three to four years,” Wright said.

The pharmacy has also recently brought in a Chief Information Officer (CIO) to help them analyze their market. They’ve begun to develop contracts with larger employers and bring in groups of patients rather than enticing them one at a time.

But the overarching mission remains the same: serve patients well, with the best prices, without the interference of third parties. Wright said, “We don’t try to be everything to everybody—we’re not a 24-hour pharmacy. But we do take care of the people who come in to deal with us in a five-star fashion.”

This white paper includes 30+ formulas to calculate the most important metrics for independent pharmacies. You’ll learn to think like a retailer, discover the methods to track and measure meaningful pharmacy metrics, and learn ways to use pharmacy metrics to get insight into business performance.

Get the free white paper.