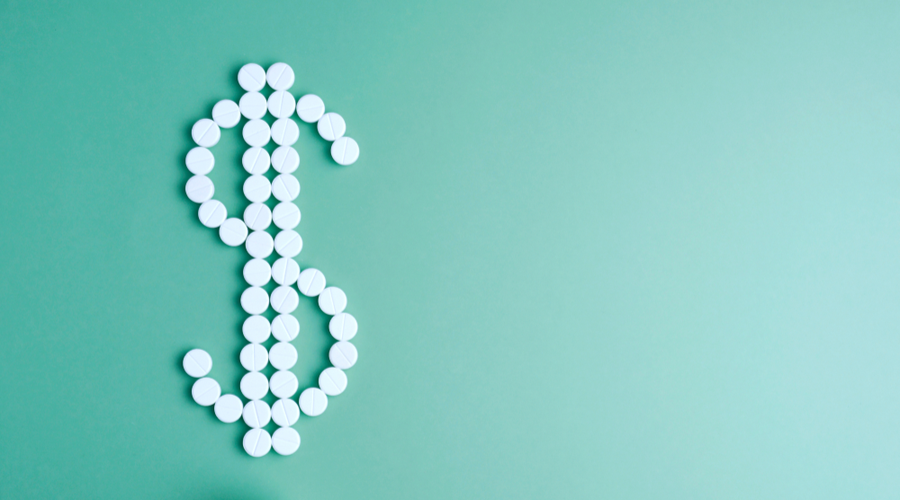 On September 9, the U.S. Department of Health and Human Services released a plan to lower drug prices as a part of President Joe Biden’s Executive Order on Promoting Competition in the American Economy.

The plan could have a big impact on the prescription drug market, including PBM drug pricing transparency and access to generics and biosimilars.

Read on to learn more about the executive order’s plan for the pharmaceutical industry and find out how it could impact your independent pharmacy.

Here are the detailed goals of each of the guiding principles.

The first guiding principle of the executive order is, “Make drug prices more affordable and equitable for all consumers and throughout the health care system.” It recognizes that high prescription drug costs disproportionally affect people who are uninsured, people with disabilities and chronic conditions, and communities of color.

The executive order will primarily focus on allowing Medicare to negotiate drug prices, which will help lower the cost of prescription drugs for consumers and lower government spending. Third-party payers like employer healthcare plans and Marketplace plans will have access to these Medicare-negotiated prices in order to extend savings to their patients.

Other ways the executive order plans to lower drug prices include:

The second guiding principle of the executive order reads, “Improve and promote competition throughout the prescription drug industry.”

This will mainly be achieved by making sure that patients have access to generics and biosimilar products that increase competition, and therefore lower prices. The order aims to address tactics that limit access to biosimilars and generics, like pharmaceutical manufacturers gaming the regulatory process in order to slow down the approval process.

To continue to increase competition after generics and biosimilars are approved, Medicare, Medicaid, CHIP, and Marketplace healthcare plans should promote their use.

The executive order also addresses the patent system for prescription drugs. Many drugs have their patents extended at least once, delaying the introduction of generics, and under the executive order, the FDA and U.S. Patent and Trademark Office will work together to prevent anti-competitive patent actions.

Other ways the executive order plans to promote competition include:

Pharmaceutical companies will be encouraged to develop new products to address conditions like cancer and Alzheimer’s rather than focusing their attention on extending monopolies of current products.

Drug pricing reform will reward companies who invest in innovative new products that have a large impact on public health.

It also aims to reduce the cost of innovation through the creation of the Advanced Research Projects Agency for Health, or ARPA-H, which will invest in high-risk, high reward biomedical breakthroughs.

ARPA-H aims to replicate the success of programs like DARPA and BARDA, in which government research efforts inspired private innovation. It will collaborate with both the public and private sector to further innovative medical research, initially focusing on treatments for cancer and other diseases like diabetes and Alzheimer’s.

The Biden-Harris Administration plans to use both legislative and administrative methods to accomplish the goals of the executive order. Here’s what that could entail.

Lower drug prices cannot be accomplished by executive order alone, and the order encourages the following legislative efforts to reform the pharmaceutical market.

The Biden-Harris Administration supports legislation to enable Medicare to directly negotiate prices and make these lower prices available to patients with employer-provided health insurance coverage and ACA coverage. Other legislative efforts could also put a cap on out-of-pocket costs for Medicare Part D beneficiaries, ban spread pricing from PBMs in Medicaid contracts, and provide access to CDC-recommended vaccines for free.

Congress could introduce legislation to prevent manufacturers from increasing pharmaceutical prices at a rate faster than inflation, preventing drug costs from doubling over the course of a few years with no clinical reason behind the change.

Actions to improve competition through biosimilar and generic availability include expediting the introduction of these drugs into the market and incentivizing substitution.

Legislative actions could reverse “pay-for-delay” agreements that delay the introduction of generics, speed up the review process for generics and biosimilars, and encourage innovation by delinking sales from revenue for selected products.

In addition to legislation, the executive order entails administrative efforts that will be made to address high drug prices. These are the actions departments can take without waiting for legislation to pass.

The FDA can facilitate the transparent development of biosimilars, encourage generic competition by making the approval process more transparent, use labeling carve-outs to speed up the approval generics and biosimilars, and give generic and biosimilar manufacturers access to sample products to aid in development. The FDA is also working to develop a prescription drug importation program.

The executive order reaffirms support for the 340B Drug Pricing Program, and it encourages the FTC to investigate anti-competitive pay-for-delay agreements.

So what does this executive order mean for retail pharmacists?

The American Pharmacists Association (APhA) released a statement in response to the order, noting that HHS took many of their recommendations. Particularly, the executive order’s emphasis on transparency will require PBMs to operate under increased scrutiny and shine a light on anti-competitive practices.

APhA also approved of the efforts to increase the availability of biosimilars and generics, which will make medications more affordable for patients overall, and they praised the order’s support for the 340B Drug Pricing Program.

However, APhA expressed disappointment in the executive order’s endorsement of drug importation, which they maintained could threaten the integrity of the supply chain and make patients less safe.