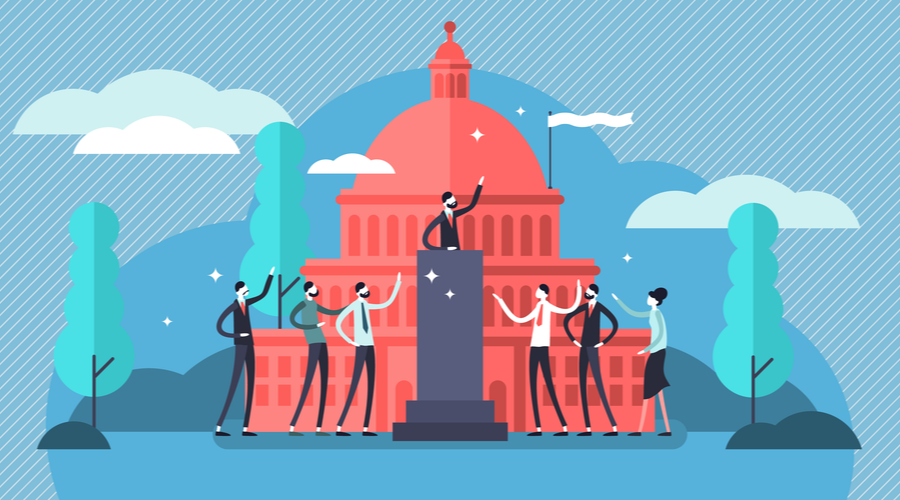 Between legislation, executive orders, and court cases, there are a lot of changes going on at the federal level that affect how independent community pharmacists go about their business.

From tackling the COVID-19 pandemic to fighting back against PBM overreach, pharmacy groups are advocating for changes that make independent pharmacy more profitable, and lawmakers are listening.

Stay up-to-date with these new developments out of the capital and throughout the United States.

As the U.S. Congress discusses what should be included in the upcoming coronavirus relief package, pharmacy groups are lobbying for provisions that allow independent pharmacists to serve their communities to the best of their abilities.

The NCPA launched a new campaign that asks congress for pharmacists to be deemed “essential” workers and to ensure hazard pay for frontline workers. Other requests for the new relief bill include:

The American Pharmacists Association has also urged Congress to grant pharmacists temporary provider status as a part of the new relief bill, which will help to expand coronavirus testing services. The group also pushed for pharmacists to be reimbursed for flu testing and immunizations.

As this bill has stalled in Congress, President Trump signed an executive order issuing relief in four areas, which will be challenged in court. One of the orders suspends payroll tax.

There is no timeline for the original relief bill.

After a delay caused by the coronavirus pandemic, Rutledge v. Pharmaceutical Care Management Association will present oral arguments to the U.S. Supreme Court on October 6, 2020.

The Arkansas Attorney General filed the case against PCMA, a professional association for PBMs, after an investigation found that PBMs were violating an Arkansas statute that bans PBMs from below-cost reimbursement.

SCOTUS announced it would hear the case last January, and if they rule against PCMA, it will give states clarity about what regulations they can impose on PBMs. It is unknown if arguments will be held virtually or in person, and a ruling will most likely be handed down several months after oral arguments take place.

President Donald Trump signed four executive orders to lower the cost of prescription drugs at the tail end of July. The aim is to decrease drug prices so they are comparable to the costs overseas.

The second executive order allows pharmacies, wholesalers, and states to import less expensive drugs from Canada. While some say this move puts consumer safety at risk, supporters point out that it could also increase competition and result in substantially lower prices across the market.

The third order takes aim at PBMs pocketing discounts. The new policy states that discounts offered on prescription drugs need to be passed onto the patients to lower their out-of-pocket costs.

A fourth order, which has not yet been implemented, would create an international pricing index that would allow Medicare to purchase drugs at the rate other countries currently pay.

Before being finalized, these executive orders must go through a regulatory review process, and if they make it through regulatory review, they could have a significant impact on drug pricing in America.

The Center for Medicare and Medicaid Services (CMS) released annual payment proposed rules on August 4. One of the changes of note to pharmacists is the change to incident-to billing.

CMS stated in its physician fee schedule proposed rule that pharmacists will be able to provide incident-to services like medication management under Medicare Part B. The change is intended to encourage pharmacists to collaborate with physicians in a way that pharmacists can work at the top of their license.

The American Society of Health System Pharmacists will have a breakdown of all the changes in the coming days.

Senator Chuck Grassley of Iowa has introduced a new Prescription Drug Pricing Reduction Act to Congress. The aim of the bill is to lower drug prices for consumers and create more transparency on pricing throughout the supply chain.

If passed, the bill would prohibit PBMs from recouping portions of payments made to a pharmacy. It would also require disclosure of drug discounts and DIR fees from PBMs, as well as for Part D and Medicare Advantage plans to audit PBM contract terms.

The bill is currently up for review by the Senate Finance Committee.

The panel is to be made up of healthcare leaders who will receive updates on the development of a COVID-19 vaccine and will use their professional insight to help the HHS understand how to reach U.S. citizens with a vaccine campaign.

Anderson said in a statement, “Maximizing pharmacy’s preparedness and impact throughout the pandemic is critical to the national response–there is a pharmacy within five miles of 90 percent of all Americans, and the accessibility of these health destinations will prove essential for the fast and efficient rollout of a COVID-19 vaccine.”

In addition to the goings-on at the federal level, changes around the country are affecting how pharmacies do business in individual states.

In Ohio, the managed care plan CareSource announced a six-month pilot program that would reimburse pharmacists that provide clinical services to Medicaid patients. The aim of the program is to improve health outcomes for patients and expand the role of pharmacists as part of the healthcare team.

New Hampshire recently passed a law that authorized pharmacists to administer the COVID-19 vaccination as soon as it becomes available. Because pharmacists are the healthcare professionals that patients see most frequently, they are well-positioned to get communities vaccinated quickly. Minnesota and New York have passed similar legislation.

Voters in Missouri have voted to expand Medicaid in the state, meaning pharmacists there could be seeing new business from patients that were previously uninsured.

A proposal by the Florida Board of Pharmacy adds five chronic conditions that pharmacists are authorized to treat under state law, including arthritis, asthma, COPD, Type 2 diabetes, HIV/AIDS, and obesity. If the rule isn’t challenged, it will go into effect on October 1.

In Georgia, three PBM reform bills were signed into law. According to the NCPA, “HB 946 and SB 313 require the reporting of drugs paid 10 percent above and 10 percent below National Average Drug Acquisition Cost every four months, prohibit PBMs from tying a pharmacy’s drug reimbursement to a patient’s health outcomes, and require PBMs to offer drug coverage plans that do not include spread pricing and plans that allow plan sponsors to receive 100 percent of rebates negotiated by PBMs. HB 918 strengthens existing anti-steering provisions and the Pharmacy Audit Bill of Rights.”