This Pharmacy Duo Is Leading Community Pharmacies Into the Future 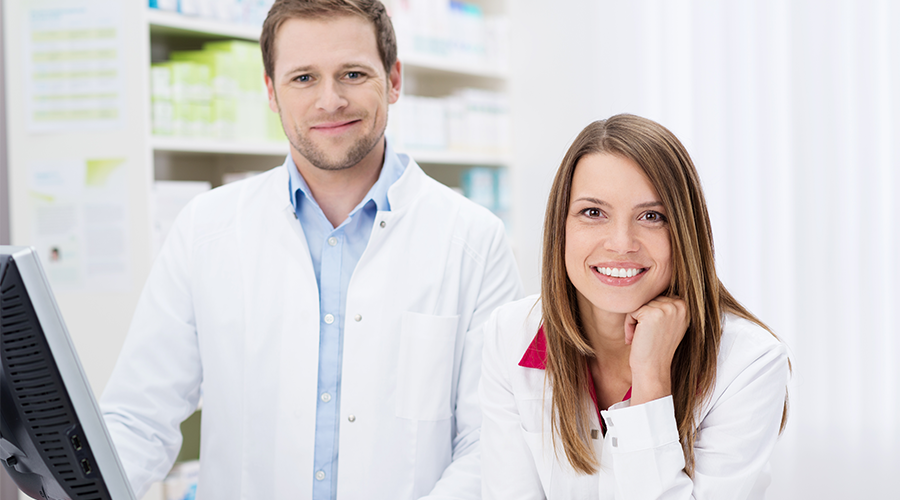 Inside: Scot and Amy Schmidt are moving the needle toward a new pharmacy payment model based on the value of patient care.

“I always knew I wanted to be working for the independent guy,” said Scot Schmidt, owner and pharmacist at North Star Pharmacy and Infusion in Cheyenne, Wyoming.

What appealed to him about independent pharmacy was the opportunity to build close relationships with patients, a passion that his wife Amy, a social worker, shared.

After establishing North Star as an infusion company in 2007 and a retail pharmacy in 2011, getting involved with CPESN was a natural step for the pair.

Since getting involved with the organization, Scot has become a Luminary for Wyoming. As an ambassador for the network, he encourages other community pharmacies in the state to become more patient-oriented. “The model is moving towards more accountability on us as providers,” he explained. “And being in the community and as an access point for care.”

RELATED: These Networks Break Pharmacies Into the Lucrative Side of Healthcare

The Schmidts’ first brushes with CPESN came at a trade show in San Antonio, Texas. “Amy saw that there was a CPESN workshop on the agenda and wanted to attend,” Scot said. “We went to the class, and it was social work and pharmacy coming together!”

By the end of the workshop, they were both certain that this was a path they needed to pursue. With Scot’s inclination to take care of business and Amy’s enthusiasm for the more personal side of care, the pair were ideal for CPESN’s model of treating patients beyond their diagnosis.

“By treating people as a whole instead of treating them for just hypertension, we can make them that much better,” Scot said.

They were already committed to some of the CPESN core services at North Star Pharmacy—adherence packaging, med synchronization, and more—so joining the network was a natural fit.

Amy’s excitement for the program quickly caught the eye of the organization, and she was offered a job. Now, she works as an account manager for a large chunk of the western United States, which puts her on the cutting edge of best pharmacy practices.

“Our interaction with other pharmacies has made each one of us better because we’re learning from each other and building connections that are stronger than they were prior to the CPESN movement,” she said. “We’re able to make each other better.”

As the CPESN Luminary for the state of Wyoming, Scot takes care to learn about what Amy is involved in and shares it with other pharmacies in the state.

Because Wyoming has such a small population, there’s a unique opportunity to strengthen the role of community pharmacies. “The average patient sees their doctor two or three times a year, but they come into the pharmacy thirty-five times a year,” Scot explained. “We are critical in increasing patient’s access to healthcare.”

Incorporating CPESN services, Scot argued, is not reinventing the wheel within independent pharmacy businesses, but it does mean increasing documentation to establish continuity from pharmacy to pharmacy.

“We have to show state legislatures that we can do point of care testing or even prescribe,” Scot said. By having the documentation in hand that proves positive outcomes, pharmacies can open the door to more opportunities.

With CPESN’s clinically integrated network, Scot and Amy have had the opportunity to expand their relationships with Medicare Part D and Wyoming’s Department of Health.

“Our interactions with the Department of Health have really opened the door for us,” Amy said. North Star Pharmacy was invited to the state’s diabetes prevention convention and will return to a chronic disease prevention convention in the fall. “The state sees the value in using pharmacies in the care of patients.”

The least populous state in the country with only around a half million residents, Wyoming has only three major insurance payers. This creates a special opportunity to work on new payment models.

“They’ve been willing to listen to us about what we have to offer and work with us in ways that might not be an option in other states with so many payors in their realm,” Amy explained.

Currently in the works are new, value-based payment models. One provides bonuses for outcomes when the pharmacist provides recommendations and the patient does better as a result. Another is a straight-payment model based on the number of recommendations made, with an opportunity for bonuses for the top-performing pharmacies. Both reward pharmacies for prioritizing patients’ longterm health.

Committing to CPESN hasn’t only resulted in healthier patients, but a more robust business for North Star Pharmacy.

“It’s brought the standard to a different level and encouraged us to practice at the top of our game,” Scot says. “It shows our patients—the potential payors—that we are willing to go above and beyond to ensure they are being taken care of.”

By doing follow-up calls, it also sends a message to other health providers that their patients are being taken care of, and that your independent pharmacy should be a trusted member of the healthcare community.

CPESN standards encourage North Star Pharmacy and others like it to think of themselves as a part of a healthcare network, instead of just one individual business.

Another way that Scot and Amy make sure North Star Pharmacy can commit resources and time to clinical services and patient care is by using ProfitGuard to help manage and improve their purchasing.

“We get a daily report that gives us our projections that make sure we’re on point for our generic compliances, which has been really helpful,” Scot said. “With the way we operate, it makes us better and more accountable.”

With patients doing med-synchronizations and auto-refills, the Navigation Report helps to predict when those hits to inventory are coming. “All these little mechanisms in place help us forecast where we need to use our cash flow and save our dollars the best we can.”

By taking away some of the unpredictability of their business, Scot and Amy are better able to serve the whole patient.