How to Disagree Productively in the Pharmacy Workplace 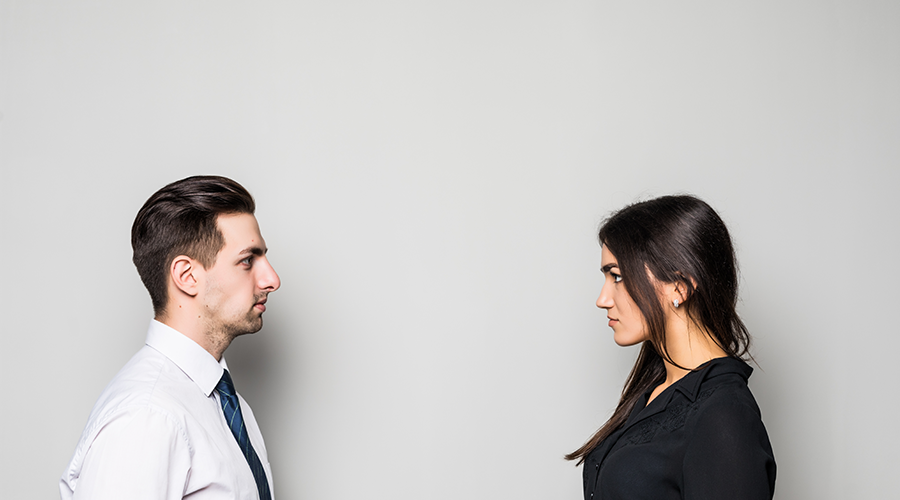 Inside: How to use differences of opinion to improve your pharmacy’s work environment.

In any work environment, disagreements are bound to happen. And although we’d all like perpetual peace and unity in our workplace, disagreements can actually be a good thing for business—if handled correctly.

A study by the European Journal of Social Psychology found that groups generated 16 percent more ideas during brainstorming sessions where people were encouraged to criticize each other.

Fostering an environment where employees feel comfortable voicing their opinions — even when they are controversial — will improve your pharmacy in the long run.

Use these tactics to encourage healthy and productive disagreements.

When there’s a difference of opinion, it might feel easier to just let it slide for now. But by shying away from conflict, you’re not actually helping to keep the peace.

Instead, the issue will keep growing and weighing on your mind the longer it remains unspoken, and when it finally gets addressed, emotions will be running high.

Some people might find it uncomfortable, but by bringing issues up for debate right when a conflict starts, your team will be able to move past it quickly. Normalize workplace disagreements so that when your team members have problems, they can feel confident raising them.

RELATED: How to Avoid a Toxic Culture in the Pharmacy Workplace

It’s important not to let big issues slide, but it’s just as important to know when you should let something go. You might think an idea is terrible, but speaking your mind could end up causing more problems.

Know when to pick your battles. If you just want to complain about a policy you don’t like but aren’t willing to put in the time and effort to implement a solution, that’s a sign you should give the issue a pass.

Be brave in voicing your opinion for the issues that you feel passionately about, but don’t let yourself become known as a contrarian.

If you enter a conflict with your mind already made up, chances are you won’t be happy with any solution except your own. Instead of striving for a pre-determined course of action, enter disagreements with an open mind.

Harvard psychology professor Ellen Langer noted that when employees are approaching problems with an open mind they can often come up with something better together. “Instead of letting people lock into their positions, go back and open it up. Have opponents play the debate from the other side so that they realize there are good arguments either way. Then find a way for both of them to be right,” Langer said.

Stick to the facts

When there’s only a little bit of common ground, start by finding something you can agree on: the facts.

By sticking to what you know to be true, you can keep the argument on track and keep working towards a solution.

Be on the lookout for logical fallacies like circular reasoning or straw man arguments. When people feel strongly about a topic, they may start using these tactics without realizing it. If a fallacy pops up, identify it and reset the conversation back to absolute truths.

Setting emotions aside and staying objective can help two opposing parties come to an even better solution than the ones they came up with separately.

Separate yourself from the idea that if someone doesn’t like your ideas, it means that they don’t like you.

On the other hand, if you don’t agree with someone’s interpretation of a problem, don’t take it out on them.

Emotions will inevitably get tangled up in workplace conflicts, but there are ways to minimize hurt feelings. Don’t resort to personal attacks or judgmental questions, and give people the benefit of the doubt.

If you feel angry, step away

Even when you do your best to keep things professional, there are times that your emotions will get the better of you.

As soon as you notice yourself feeling angry or upset, table the discussion and take a breath. You don’t want to say something in the heat of the moment that you’ll regret later.

Staying calm and respectful is the key to coming to a mutually agreeable solution, so it’s key to recognize when you’re feeling too upset to be objective.

Listen as much as you speak

During the struggle to make sure your voice is heard, make sure you are also making an effort to listen to what your opponent has to say.

And that doesn’t mean simply waiting for them to stop talking so you can make your next point. By being an active listener, you might find that you have more in common than you thought.

A good listener is mentally present — not thinking about to do lists or deadlines — and avoids interrupting with unnecessary comments. If you do need to speak, repeat back what you’ve heard to show you really understand, and then ask respectful clarifying questions.

Don’t throw decorum out the window as soon as a disagreement arises. Make an effort to point out the strengths of the opposing side’s position to foster respect and create some common ground.

Discard accusatory language, and instead use “I” statements to sound less critical. “You” statements can come off like you’re trying to tell people what to do, which can derail an argument.

RELATED: 10 Tips for Resolving Conflict in the Pharmacy

Accept that you probably aren’t going to leave a disagreement getting everything you want, but finding a middle ground with compromise can leave both parties feeling like winners.

During your conflict, make multiple suggestions, so you and your adversary have more than one outcome to decide on.

Think hard about what you’re willing to be flexible on, and what issues are a dealbreaker. By letting the smaller issues go, you’ll seem accommodating and it will be easier to come up with a mutually agreeable solution.

And, of course, don’t compromise your integrity.