How to Get Things Done at Your Pharmacy 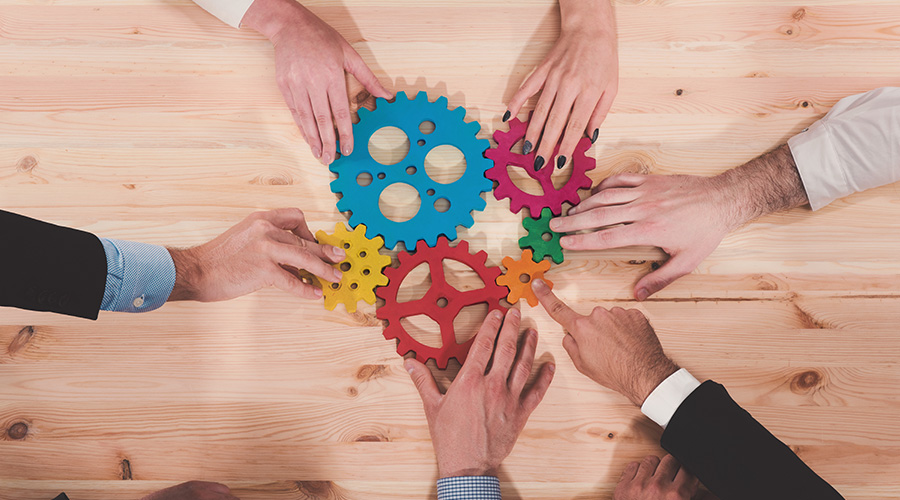 Inside: Viewing execution as a discipline can help your independent pharmacy become more productive and effective.

With a big box store down the street and online vendors like Amazon encroaching into pharmacy territory, your independent pharmacy needs to run like a well-oiled machine to stay in the competition. The key to a well-run company, according to authors Larry Bossidy and Ram Charan, lies in the execution. Their seminal business text Execution: The Discipline of Getting Things Done takes a look at how top corporations keep things running smoothly, and where they sometimes stumble.

As an owner of an independent pharmacy, these corporate giants may not seem like they have a lot in common with your small business, but by creating a culture that prioritizes execution, you can close the gap between expectations and actual outcomes.

Execution, according to Bossidy and Charan, is not a philosophy—it’s a discipline. “No worthwhile strategy can be planned without taking into account the organization’s ability to execute it,” they write.

Execution should become part of your culture—something that is projected by you as the leader at the top and emulated by all of your employees. Getting it right means you have to focus on three core components of your pharmacy: the people process, the strategy process, and the operations process.

Having the right people to execute strategies in your pharmacy is crucial, and you’re probably going to have to think outside the box to find them.

Hire right
When you’re hiring, you might look for someone with intelligence and credentials, but those things don’t necessarily translate into being able to execute your strategy. Instead you should look for pharmacy staff members that have a track record of following through.

“There’s very little correlation between those who talk a good game and those who get things done come hell or high water,” Bossidy and Charan write. “Too often the second kind are given short shrift. But if you want to build a company that has excellent discipline of execution, you have to select the doer.”

Assign right
Another part of perfecting the people process is making sure you have people in the right jobs. Someone who is an excellent front-of-store clerk might flounder when they’re promoted to a manager position. Being a friendly, helpful face for customers doesn’t always translate into management skills.

Coach right
When employees don’t meet expectations, you can’t just tell them to do better. Bossidy and Charan recommend working to expand their skills through coaching.

“The skill of the coach is the art of questioning,” Charan says. “Asking incisive questions forces people to think, to discover, to search.” Through coaching, you can energize your underperformers and give them the tools they need to learn from everyday experiences.

As a coach, you should model emotional fortitude, four core qualities:

By exhibiting these characteristics and encouraging them in your employees, you’ll be able to correct mistakes, offer honest criticism, and make improvements without damaging morale.

How to Turn a Good Employee Into a Great Pharmacy Manager

Every Pharmacy Manager Should Be Doing This One Thing

As a leader, it’s your responsibility to create a business strategy for your pharmacy that is based on clear goals and priorities.

“When companies fail to deliver on their promises, the most frequent explanation is that the CEO’s strategy was wrong,” Charan and Bossidy write. “But the strategy by itself is not often the cause. Strategies most often fail because they aren’t executed well.”

You have to be realistic about what strengths and weaknesses your pharmacy has and come up with a strategy that’s actually doable based on the resources you have.

If you decide you want to corner the market in compounding drugs, that strategy could look profitable on paper. But if you don’t have anyone trained in compounding or don’t have relationships with the right suppliers, it won’t take long for that plan to go sideways even though it looked great on paper.

When embarking on a new business strategy, Bossidy and Charan recommend establishing recognizable milestones. If your pharmacy is not meeting its pre-determined milestones as it executes its new strategy, it’s probably time to reevaluate whether you are embarking on the right strategy and what kind of changes you need to make to accomplish the end goal.

Strategies must be sustainable. “Every strategy must lay out clearly the specifics of the anatomy of the business, how it will make money now and in the future,” they write. A forward-thinking strategy is of no use if there’s no way to effectively maintain it.

Any strategy you develop should be creative and ambitious, but it should also remain tied to the resources you have to accomplish it.

The way you tie together your people process and your strategy process is what makes your operations process.

“It breaks long-term output into short-term targets,” Bossidy and Charan explain. “Meeting those here-and-now targets forces decisions to be made and integrated across the organization, both initially and in response to changes in business conditions.”

When it comes to strategies, business leaders can tend to get too caught up in the big picture. By focusing on operations, leaders have to make the transition from the big picture to reality.

Leaders can sometimes delegate too much and not realize the challenges their subordinates are facing. To nail the execution, Bossidy and Charan say that everyone should feel ownership over the operating process so the buck doesn’t get passed around, creating a big problem out of something that was initially small.

Realistic operating processes are constrained by finances, but Bossidy and Charan argue that the process shouldn’t be created from a pre-existing budget because the numbers can be too disconnected from reality. They write, “The budget should be the financial expression of the operating plan and the underlying plans generated by the business’s components rather than the other way around.”

You may have to develop contingency plans as you work through the process, but keeping focused on these three main parts will ensure that your operation plan stays grounded in reality.