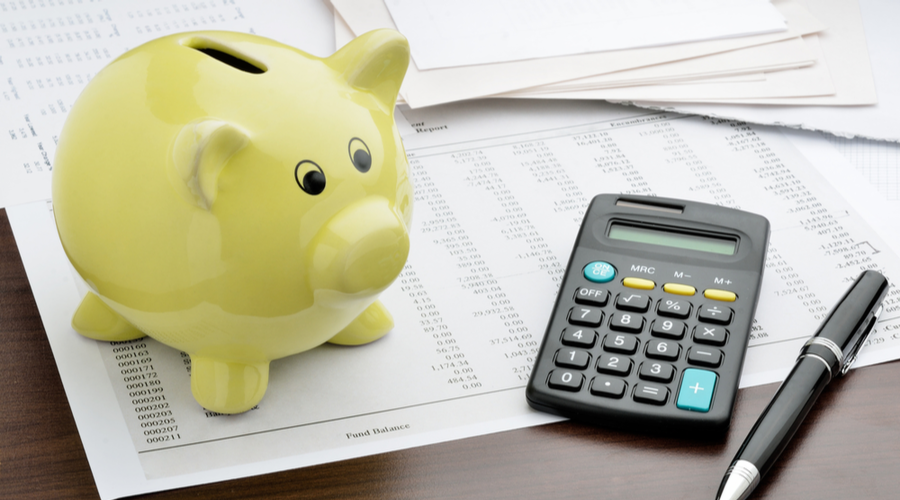 In the days of thin profit margins and low reimbursements, having extra cash on hand is a good problem to have. But without a strategy for that extra money, your independent pharmacy could stagnate.

Owen BonDurant, president of Independent Rx Consulting, assists independent pharmacy owners in making the most of the money they have with consulting and accounting services. Co-owner of three pharmacies, BonDurant is the latest in a family of pharmacy owners going back three generations that recently owned 16 pharmacies at one time. When clients provide themselves with a surplus of cash, BonDurant advises them on wise investing decisions, and he has shared some of that wisdom with Elements magazine.

The first thing pharmacies should do with extra cash is build up a cash cushion to help cover short-term expenses. Having a cushion gives pharmacies a little wiggle room when it comes time to pay their bills. When pharmacies run too lean, they not only risk not being able to pay their bills—they also miss out on opportunities that help their pharmacies grow. “When you’re right on the edge all the time, it makes it very difficult for you to make a decision that has any risk associated with it,” BonDurant explained. “You’re just making cost-cutting measures or doing things that potentially could cause you to shrink or lose your business.”

How big of a cash cushion does your pharmacy need to build? Independent Rx Consulting uses this formula as a rule of thumb for the minimum cushion a pharmacy should have on hand: two weeks of wholesale bills plus two weeks of payroll divided by two.

A pharmacy’s payroll and wholesale bill are the determining factors because together they make up more than 90 percent of a pharmacy’s expenses. For the average pharmacy, which dispenses around 55,000 prescriptions a year and does around $3 million in revenue, the minimum cushion will probably amount to around $60,000 or $70,000, BonDurant said. Between that cushion and the $115,000 in revenue they bring in every two weeks, they should be able to cover the wholesale bill and the next payroll. Then they have another two weeks to build up that cushion again.

This formula can serve as a general baseline for most pharmacies, but how pharmacies do business can affect how much cushion they need to build. Pharmacies that buy more brand name medications will want to build a bigger cushion. If a pharmacy pays their employees once a week instead of every two weeks, they don’t need as large of a cushion. The pay terms in their contract will also affect the cushion. A pharmacy that pays their wholesale bill once a month will want a larger cash cushion than a pharmacy that pays every two weeks. A smaller store won’t need as much cushion as a larger store.

Once you have built up a suitable cash cushion, any money coming in on top of that should be put to work to improve the business. Don’t be tempted to let the cash pile up in your account. ”If your cash is just sitting there, it’s not making you any more money,” BonDurant said.

Most pharmacies fall into two different investment categories, according to BonDurant. Some stores may choose to concentrate on reducing expenses and making their pharmacies more efficient. Others will choose to pursue growth. ”When we went up to 16 stores, we took on more stores in the hopes of adding more revenue. We didn’t concentrate on efficiencies and reducing debt,” BonDurant said. “Other people want to own one really good store, and they should be concentrating their investment on reducing their overall risk, their debt levels, and their expenses.”

Pharmacies that want to reduce expenses can work toward clearing debt from lines of credit or loans to reduce their overall monthly obligation. They can also consider buying their building to get a mortgage, which will be cheaper than their rent payment.

To create efficiencies, pharmacies can invest in new technology to improve the workflow. The goal of these moves is to either reduce the amount that you are spending on payroll or spend the same on payroll while increasing the script count. These efficiencies can range from redesigning your workflow to adding automation tools like robotics. Tools that make it easier for employees to do their job, and allow them to take on more, are fairly low-risk methods to reinvest in your pharmacy.

“This doesn’t necessarily mean growing from a revenue standpoint,” BonDurant said, “but the reality is 17 percent of people move every year, and then a certain amount die.” So if a pharmacy’s business is remaining static, it’s really shrinking. While pharmacies are concentrating on reducing expenses, they risk losing margin and revenue, and they miss out on the opportunity to reinvest in growth.

For pharmacies that are determined to grow, there are lots of different ways to invest. One way is to add a line of care to your business, such as long-term care or compounding. An even more aggressive approach would be to purchase another store. For those interested in smaller growth, consider investing in more marketing or purchasing an additional vehicle to expand your delivery radius.

While it may be tempting to try to grow while reducing expenses, limited resources make that an unlikely strategy. “Most pharmacies don’t have millions of dollars sitting around to invest in automation, pay debt down, and buy another store at the same time,” BonDurant said.

Whatever a pharmacy decides to invest in, there’s always a chance that the growth strategy won’t pay off. If a pharmacy spends $100,000 to create a compounding arm but it doesn’t attract new business, that’s $100,000 that can’t be unspent.

One of the common mistakes BonDurant sees is spending too much cash remodeling the inside of the pharmacy. “A lot of independent pharmacies look like it’s 1980 on the inside. Owners decide to modernize, and they go all in,” he said. “They think if they refresh their look, it’s going to attract new business, but the reality is, it won’t. It’s not really a growth creator.”

Remodeling for a fresh new look may help to retain current patients, but it won’t do much to bring new ones through the door. Pharmacies do need to modernize, BonDurant advises, but they should do so modestly without going below their cushion.

Another frequent mistake pharmacies make is hiring a full-time salesperson. “Really, if the owner had invested in a part-time pharmacist and then gone out and done the sales themselves, they could see twice the return.”

Any investment that is focused on growth is inherently risky, and too often, pharmacies take on debt to pursue growth that didn’t ever have a real chance of bringing in more revenue. “The growth side has the biggest upside and it’s also got the biggest downside,” BonDurant said, “and people spend so much on things that aren’t really growth channels.”

Although growth comes with risk, if you’re wise about your investments, branching out will give you the greatest return for your cash investment. “If you invest in growth and it works, you’ve increased your overall value and assets, you’ve increased cash flow, you’ve diversified, and you’re not as reliant on PBMs because you’ve created other lines of business.”

Make the Most of Your Paycheck Protection Program Loan

This year, many independent pharmacies took out a Paycheck Protection Program loan in order to deal with the uncertainty caused by COVID-19. While some pharmacies need that money to keep operating as normal, others have found it has created a new cushion that can help them grow.

While the PPP loan must be spent on payroll and other specified expenses, it ultimately increases the cash reserves of a pharmacy, and with those extra reserves come new opportunities. “You suddenly have $100,000 or $200,000 that you didn’t spend on payroll,” BonDurant explained. “Even though you can’t directly spend the PPP money, it still creates a cushion that you can reinvest.”

BonDurant recommends that pharmacies take a look at their five-year goals to make the most of this extra cushion. If your goal is to be debt-free, use the money freed up by your PPP loan to make a dent on your loan payments. If your goal is to expand your pharmacy, you can use that cushion money to buy a pharmacy with a bigger down payment.