How Will COVID-19 Change the Future of Retail Pharmacy? 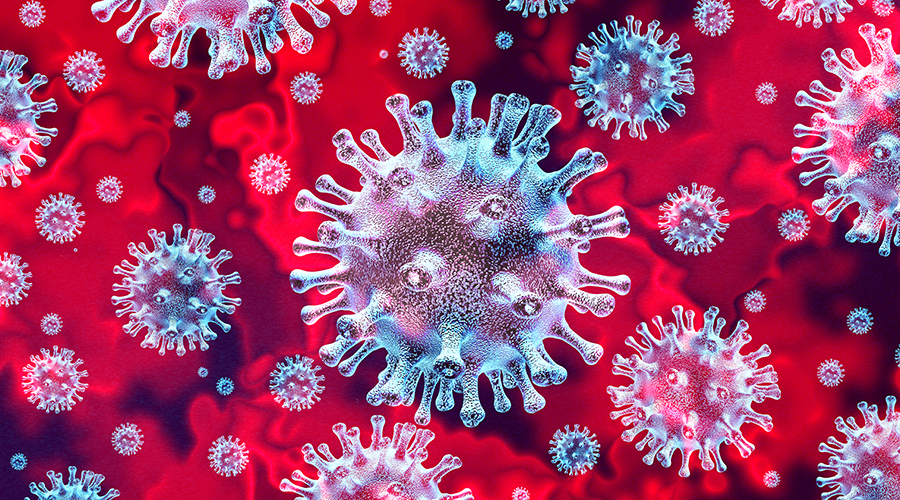 The coronavirus pandemic has upended nearly every industry, leaving essential and nonessential businesses alike wondering what the world will look like in its aftermath.

“We are potentially in for the worst economy in any of our lifetimes,” Adam Fein, PhD, CEO of Pembroke’s Drug Channels Institute, a leading management educator for and about the pharmaceutical industry, said in an exclusive webinar on May 1. The Congressional Budget Office (CBO) estimates the growth rate of gross domestic product to be minus 6 percent this year, which would be the worst recession since the Great Depression. Right now, the annualized GDP rate sits at minus 40 percent, five times as bad as the worst part of the Great Recession of 2007.

Even pharmacies, who have kept their businesses open, have suffered lost revenue during this downturn. Prescription demand, which skyrocketed by nearly 15 percent in mid-March, has plummeted to negative 9 percent as physician visits and surgeries are canceled across the country and as the initial jump in demand—boosted by 90-day fills, stockpiling, and “refill too soon” flexibility—wanes, Fein explained.

What does this all mean for independent retail pharmacies? Is the future as bleak as the present? Here are some highlights of Fein’s analysis of the coronavirus’s impact on retail pharmacies for the short- and long-term.

Among the most significant of Fein’s predictions is a change in payer mix. The government already pays for roughly 40 percent of all prescription drugs, and Medicaid has been the fastest growing part of insurance in the US. CBO predicts 27 million people to lose jobs this year, with 8 million of those never returning to the labor force. With the pandemic precipitating a recession, Health Management Associates predicts Medicaid enrollment to soar by 20 million by the end of 2020. Fein said he wouldn’t be surprised if Medicaid reaches 55 percent of the payer mix, making the government the majority payer of pharmaceuticals.

At the same time, the Medicaid payment model is shifting. Right now, roughly 30 percent of states use a fee-for-service model, and the other 70 percent use managed care. But Fein expects that divide to almost even out because the government is starting to realize that a fee-for-service model saves them around $30 million per year, mainly due to cheaper ingredient costs and increased rebates.

Although prescription demand has suffered a downswing, Fein expects it to stabilize. History shows prescription demand to be relatively resilient to economic changes. The 90-day refills should cycle back in June, and as the economy normalizes, demand will likely follow, although its trajectory will be less steep on either side of the curve. However, Fein does think total script volume will decline this year by about 2 to 4 percent.

How to Maximize Rebates and Profitability on Pharmacy Inventory

Is Independent Pharmacy Doomed? (And Other Trends From the NCPA Digest)

The coronavirus pandemic presents a unique opportunity for pharmacists to change the narrative in their role as providers, Fein said. As regulations soften and patients across the country need access to COVID-19 testing, pharmacists will be called on to fill that role. “If we’re going to be going into this massive testing and tracing program in this country of 327 million people, we need more than your average hospital lab to do this,” Fein said. “We need these points of care. So that opens up an opportunity to be positioned in that.”

The allowance for pharmacies to test for COVID-19 builds on the momentum gained over the last decade in the perception of pharmacists as great sources of care. About one in three people get their flu immunization at retail pharmacies, Fein said, which is more than three times the number ten years ago. This change in perception can be furthered even more as a vaccine is developed and deployed.

And even after a vaccine rolls out, COVID-19 testing will still have a role, and pharmacists will be front and center. “If we do move into the world of testing for serology, that’ll be a big thing,” Fein said. “The post-pandemic world is going to look very different. Airlines are already talking about asking people to prove their COVID response, that they have antibodies. There are only a few places that will be able to do that, and pharmacies are well positioned to stand up.”

The pandemic has disrupted the traditional arrangements of drug benefit plans, especially in Part D. Regulations and restrictions have been relaxed in several important areas: the allowance of 90-day scripts, the expansion of reimbursements to out-of-network pharmacies, and the waiving or relaxation of prior authorizations. “We’re giving people a taste of a new type of freedom in their benefit design,” Fein said. Once patients get used to this, will the changes persist?

Fein made the analogy of toothpaste—when you squeeze it out, it’s very hard to get back in. “We’ve changed the rules of the game, and I don’t know for how long, but we’re letting people experiment with this, letting people experience this,” Fein said. “These temporary exclusions might start to become more permanent.”

Substantial changes might persist not only in the pharmaceutical industry but in healthcare generally. As the government becomes the majority payer, healthcare cost reform could gain some traction, Fein said. That reality paired with the shift in consumer demands might breed something different than we’ve ever experienced before.

“We could be seeing a whole new public health infrastructure,” Fein said. “Our lives are going to be very different. What we think about public health is going to change, how we fund public health. That’s going to create some opportunities in the pharmaceutical industry, but it is going to put some pressure on trying to find the money to pay for it. And the government not only as a big payer but a majority payer could come sooner than we ever thought. So it’s a very different world.”