How Will the EPA’s New Hazardous Waste Rules Affect Your Pharmacy? 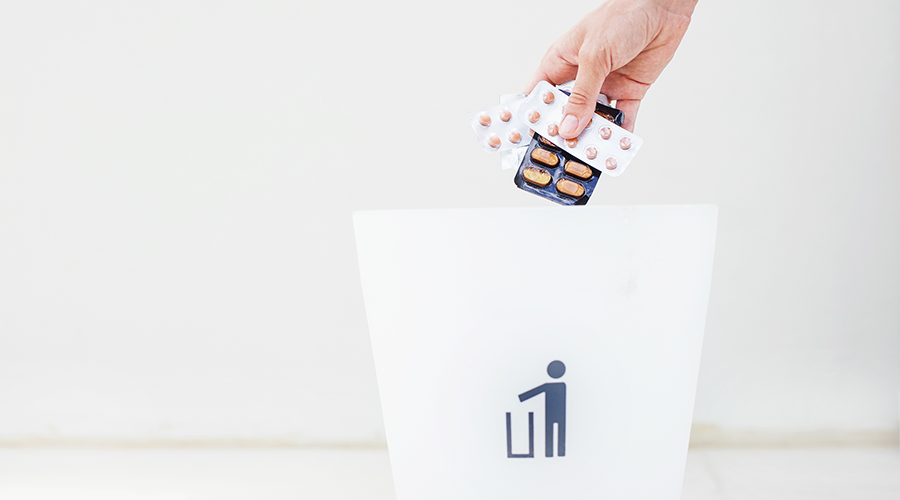 Inside: New regulations will impact how pharmacies deal with hazardous waste. Here’s what you need to know.

Last month, new EPA regulations went into effect that change how pharmacies and other health care facilities dispose of hazardous waste. The rule has been 20 years in the making, and it’s only the second time the EPA has issued regulations for a specific sector.

Around five percent of pharmaceuticals are considered hazardous when discarded, which the EPA defines as P-listed, U-listed, and characteristic hazardous waste.

Here are the changes your pharmacy needs to know and what you need to do.

Although the practice of disposing of medications by flushing them down a toilet or rinsing them down a drain is no longer widely practiced, the EPA rule officially puts a stop to it. Hazardous substances can exhibit corrosive, toxic, ignitable, or reactive characteristics when they are “sewered.”

This new regulation applies specifically to drugs classified as hazardous, but the EPA has recommended that even non-hazardous drugs shouldn’t be flushed.

The ban on drain disposal is the only part of the EPA regulations that have gone into effect nationwide.

The full EPA rule also includes further regulations that are governed by the Resource Conservation and Recovery Act, which must be adopted by individual states. Some states and territories—Alaska, Iowa, Florida, Kentucky, Minnesota, New Jersey, Pennsylvania, Virginia, and Puerto Rico—have already implemented the full rule, so the additional regulations are something all pharmacists should be aware of.

Some items are no longer considered hazardous

Over-the-counter nicotine patches, gums, and lozenges are also no longer considered hazardous waste and can be discarded in the trash. Prescription nicotine and all e-cigarettes and liquids are not exempt under the new rule and must still be treated as hazardous waste.

Previously, the EPA classified facilities by the amount of hazardous waste they generated, which affected training and program management requirements and the information required to be reported to the government.

In the case of DEA-controlled substances that are also considered hazardous waste, the EPA has exempted them from the RCRA regulations under a few conditions.

These substances still cannot be drain-disposed, and they have to be collected, stored, transported, and disposed of to comply with DEA regulations.

Before the new regulations, health care facilities had a 90- or 180-day limit on storing hazardous waste pharmaceuticals on site.

The limit has now been expanded to one year. Containers need to be dated from the first day pharmaceutical waste was placed in them, and they have to be shipped prior to the one-year date.

Changes made to reverse distribution

Hazardous waste pharmaceuticals that have broken packaging, have been repackaged, or are more than a year past their expiration date can no longer be sent to a reverse distributor. Investigational drugs, contaminated personal protective equipment, or waste-contaminated items cannot be sent either.

Only “potentially creditable” undispensed prescription drugs in the original manufacturer packaging can be sent to reverse distributors.

When reverse distributors receive inappropriate waste, they are now required to report it to the EPA and the health care facility.