How You Can Help Patients Affected by the EpiPen® Price Increase 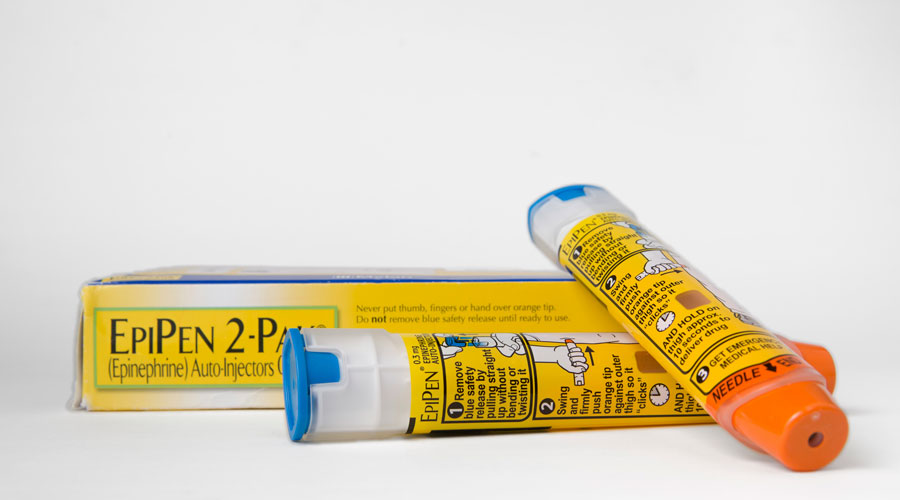 Over the past few years, you’ve probably noticed your patients becoming frustrated with the price of the EpiPen®. Patients’ frustrations recently reached a climax, and thanks to social and traditional media, the story has gained national attention.

EpiPen, which is manufactured by Mylan, is an epinephrine injector that’s used for the emergency treatment of anaphylaxis, a severe allergic reaction. The auto-injector’s price has increased more than 480 percent since 2009, according to an Aug. 16 CBS News report. The price has spiked from approximately $100 in 2008 to more than $600 this year.

Many of your patients or their children may suffer from severe allergies that can be life-threatening, requiring them to carry an EpiPen. Luckily, your independent pharmacy is available to help calm, and care for, frustrated patients and parents.

Learn more about the controversial EpiPen debate, and what your pharmacy can do to provide alternatives to patients.

The rising cost of EpiPen

When Mylan first acquired the rights to EpiPen in 2007, a two-pack pen-set cost patients a mere $100, according to an Aug. 22 New York Times article. The auto-injector’s price has gradually increased year by year. Today, the price to purchase the lifesaving device has raised to more than $600.

Politicians and consumers are taking action to combat the growing issue of price gouging occurring in the industry.

New Jersey Sen. Richard Codey (D-Essex) is requesting an investigation into price gouging for the staggering increase in price of EpiPen®, according to a Aug. 22 report in The Bergen Record, a North Jersey publication.

Three other senators have sent letters to Mylan, challenging the company to respond to its product’s steep price increase, according to an Aug. 24 National Public Radio (NPR) report.

Non-politicians are joining in the petition, as well. “Stop the EpiPen Price Gouging,” is a rising social media petition to Congress.

What you can do for patients

For patients who are allergy sufferers, or those who have young children with the condition, your pharmacy can be a safe haven.

Here are a few tools your pharmacy should have available to help patients affected by the EpiPen price increase.

EpiPen Savings Coupon
For patients with health insurance, EpiPen’s price may still be unmanageable. Help patients acquire the lifesaving device by offering an EpiPen savings card. The assistance program is available through Mylan, and covers up to $300 of the cost of an EpiPen 2-Pak.

Adrenaclick®
Comparable to EpiPen, Adrenaclick is available as a lower-cost substitute. Adrenaclick is also an epinephrine injection, but patients who are used to the EpiPen may need some coaching on how to work the device, as it functions differently from EpiPen.

Another industry concern affecting your patients’ wallets are PBM clawbacks.