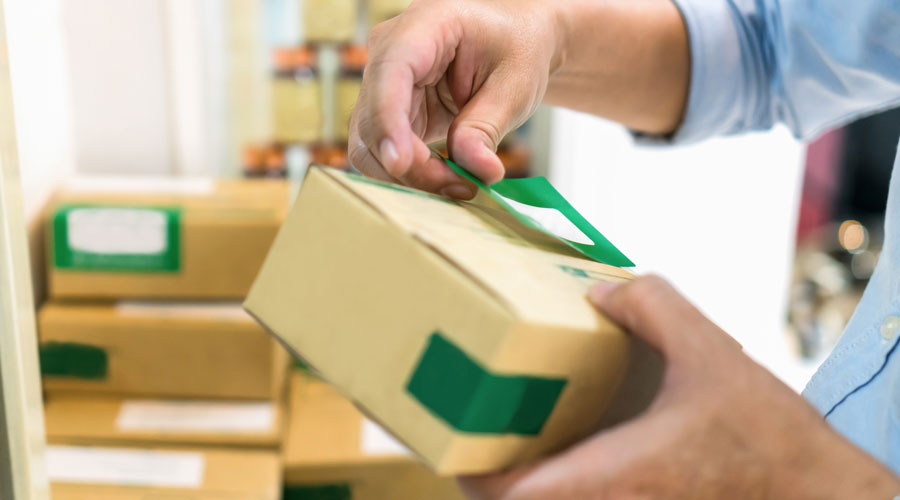 Inside: Discover how potentially dangerous imported pharmaceuticals can sneak into your independent pharmacy’s inventory. And learn what you can do to stop it from happening to you.

Your independent pharmacy could have illegal, imported pharmaceuticals on your shelves right now.

Even if all your prescription drugs display the right name and the right manufacturer, they could be frauds in disguise.

Counterfeit, diverted, or contaminated prescription drugs can look legitimate. The best way to prevent these drugs from getting on your shelves is to start at the source.

The U.S. drug supply chain is one of the most secure and sophisticated in the world. But you might not know who has handled your drugs if you buy from unlicensed secondary wholesalers.

Unlicensed drug distributors could sell you:

If you can’t trace where the prescription drugs came from, that’s a problem.

And if your pharmacy ends up selling dangerous imported pharmaceuticals, your business and your patients may suffer.

Here are the major risks of imported pharmaceuticals and what you can do to prevent them.

These Are the Top Risks of Imported Pharmaceuticals for Pharmacies

Counterfeiting, diversion, cargo theft, and importation of unapproved or otherwise substandard drugs, could result in unsafe, ineffective drugs in U.S. distribution, according to the U.S. Food and Drug Administration (FDA).

Because of how easily counterfeits can sneak their way into the complicated drug channel, Congress created specific laws to preserve the integrity of pharmaceuticals in the U.S.

In 2013, it passed the Drug Supply Chain Security Act (DSCSA, or Title II of the Drug Quality and Security Act), which created measures to enhance pharmaceutical traceability.

Advocates of the DSCSA, like the Healthcare Distribution Alliance (HDA), now praise the security of the supply chain within the U.S. but warn of imported pharmaceuticals. The effective laws only regulate prescription drugs within the U.S. drug supply systems.

As soon as foreign-sourced pharmaceuticals come into play, all bets are off.

No systems exist to trace the manufacturing of those drugs. You can’t even know for sure if they’re the drugs they claim to be.

If you unknowingly dispense counterfeit or ineffective imported pharmaceuticals to patients, you could harm their health.

And ultimately, harm your pharmacy business.

And, these fraudulent wholesalers often have legitimate standing.

In 2012, two drug diversion investigations totaled more than $1 billion in fraud. In a report on the rising problem of the integrity of the prescription drug supply, the National Association of Boards of Pharmacy (NABP) said the incidents “point to the roles of licensed wholesalers in distributing counterfeit drugs and unapproved foreign-sourced oncology drugs.”

Speaking about another counterfeit case in 2005 resulting in $42 million in fraud, the NABP said, “This case highlighted how corrupt wholesale drug distributors played key roles in facilitating the distribution of counterfeit, diverted, and stolen drugs into the legitimate supply chain.”

In many of the fraud cases, independent pharmacies were unknowing accomplices. They purchased pharmaceuticals from wholesalers they thought were legitimate.

As long as your pharmacy shops the secondary market (without verifying proper accreditation), you can’t know if you accidentally purchased imported drugs.

The 2012 NABP report said, “Pharmacies received drugs of unknown quality and origin whose false pedigrees made it practically impossible to trace or determine the true source of the drugs.”

Licensure isn’t enough to protect your pharmacy from imported pharmaceuticals.

However, if you buy from wholesalers with trustworthy credentials, you’ll know you’re getting prescriptions drug you can trust.

In addition to licensure, look for these two major wholesaler credentials:

Both of these credentials enforce stricter requirements and regulations on drug distributors than licensure. And, they protect pharmacies like yours from unknowingly selling counterfeit or ineffective imported pharmaceuticals.

Patients Are Part of the Problem. Here’s How Your Pharmacy Can Help.

Distributors aren’t the only ones to blame for imported pharmaceuticals.

Patients seek imported pharmaceuticals on their own, especially if they can’t afford them legally.

A 2016 national poll found that up to 8 percent of Americans have bought medicines outside the U.S.

And, according to a Kaiser Health News report, “As drug prices have spiraled upward in the past decade, tens of millions of generally law-abiding Americans have committed an illegal act in response: They have bought prescriptions outside the U.S. and imported them.”

That number is likely much lower than reality because not all people will admit to illegal activity.

Even though your pharmacy doesn’t control rising drug prices, you can help prevent patients from looking outside the U.S. for more affordable prescription drugs.

As part of your commitment to your patients, implement processes to walk patients through their drug coverage options.

Medicare Part D plans vary widely. And, many Medicare patients may not know that different plans can help them save money on their prescriptions.

If you help them understand their options, they’ll feel less inclined to turn to riskier means of getting their prescriptions.

Patients don’t always know that they can request a generic version of their brand name drug, which could significantly decrease its cost.

Even if your pharmacy loses some profit, it’s better than losing a patient.

You can help prevent imported pharmaceuticals by simply pointing patients to the right places.

Not all patients know about the organizations that exist to help people afford their medications, such as pharmaceutical assistance programs recommended by the Centers for Medicare & Medicaid Services (CMS), NeedyMeds, or RxAssist.

There’s a way to make better margins with secondary suppliers while ensuring you source your products from accredited facilities.

BuyLine is a secondary supplier from PBA Health, designed with the needs of independent pharmacies in mind. BuyLine is accredited by NABP (formerly VAWD) and offers a full line of brand, generic, and OTC products at the lowest prices in the secondary market. In addition to having low list prices, BuyLine rewards purchases with cash rebates and significant discounts on brands. Earn up to an additional 10% cash rebate on generics and up to WAC -4% on brand. BuyLine’s discount applies to all brand products.

With online ordering and next-day shipping options, shopping with BuyLine is quick and convenient. And if questions arise, BuyLine’s live chat feature means you can get answers fast.

There are absolutely no commitments with BuyLine — no fees, no contracts. Try it to see if you like it and bail if you don’t. Set up is simple and ordering even simpler.