Look for These Red Flags Before Hiring Someone 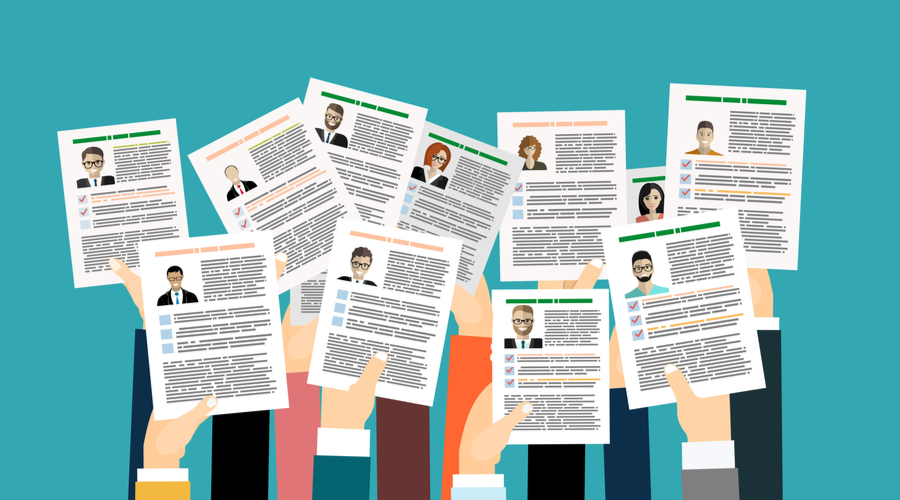 When you have an open position at your pharmacy, you want to hire the right person the first time, because replacing a bad fit can cost between one-and-a-half to two times that employee’s annual pay.

But between sifting through stacks of resumes and conducting a handful of interviews, it can be difficult to figure out which candidates are genuinely good fits and which ones only look good on paper.

Use these tips to identify red flags before you hire someone. Having one of these characteristics might not be a dealbreaker, but candidates who exhibit these traits should be able to provide a satisfying explanation about why before you extend an offer.

When reviewing a candidate’s resume, look out for multiple jobs that only last one or two years. One short-lived job can be explained — maybe the job wasn’t a good fit or there was a layoff unrelated to their performance — but spending a short amount of time at several jobs is known as “job hopping.”

A job-hopper may interview well but is likely to leave you in the lurch in a year or so. Then, you’ll have to start the hiring process all over again. Instead, look for someone who is likely to stay with your pharmacy for a long time.

Alone, gaps in employment on a candidate’s resume are not a dealbreaker. But the candidates should be able to explain those gaps.

Don’t hold it against someone if they took a year off to care for a new baby or an ailing family member. However, if they fail to explain why they have holes in their timeline, it could mean they are hiding something from you. Maybe they worked somewhere for a year and it ended on bad terms, or they tried and failed to start their own business.

Investigate gaps to make sure the candidate is truthful and reliable.

Barring some sort of genuine catastrophe, job candidates should be on time for their interview.

If someone can’t show up on time for an appointment as important as a job interview, they probably won’t prioritize showing up on time for everyday occurrences like starting their shift.

On the rare occasion that a candidate tries their best to get there on time but gets delayed by something unpredictable and unavoidable, they should call before the interview’s scheduled start time to let you know.

If you catch a job candidate in a lie, you shouldn’t hire them.

A candidate who lies during the application process isn’t someone you should extend trust to in your pharmacy.

These are some common mistruths made by candidates:

Make sure you call candidates’ references because they will be able to confirm that a candidate is being truthful.

Candidates who don’t have anything nice to say about their previous employer shouldn’t say anything at all.

Someone who spends their job interview complaining about their last workplace is really telling you that they are difficult to work with.

A well-reasoned explanation about a conflict with a single co-worker isn’t a red flag by itself. But if they have complaints about every single manager, co-worker, and procedure, they are likely the common denominator. Bringing them into your pharmacy will mean trouble.

When you ask a candidate why they want to work for your pharmacy, their answer shouldn’t be, “Because I need the money.”

Candidates who give vague answers and seem bored in the interview won’t be engaged in their work when they start the job, either.

Most people work because they need money, but you should also be able to find someone with a specific interest and enthusiasm for working in a pharmacy. Candidates with a genuine interest in what your pharmacy does will be more productive and create a better experience for patients.

Serious candidates will have put in some legwork before the interview. They don’t have to know the detailed history of your pharmacy, but they should be aware of the basics of the services you provide and what the job they are interviewing for will entail.

A candidate who shows up and doesn’t know anything about your practice or basic details about the job description can be dismissed.

Good communication skills are a critical part of working in a fast-paced environment like a pharmacy. Before you meet, pay attention to how candidates respond to interview requests. If it takes multiple phone calls, emails, and texts to get a response from them, make a note.

During the interview, if you find yourself having to explain yourself multiple times or asking them to explain themselves multiple times, that’s a red flag that they may not be able to provide excellent customer service to patients.

At the end of an interview, give the candidate some time to ask you questions. A good candidate will jump on the opportunity to clarify job duties or learn more about what it takes to be successful in the job.

A bad candidate won’t ask any questions, a sign they aren’t fully invested in the position. Or they may ask questions exclusively about salary and benefits. While those things are important, if they are the only thing on the candidate’s mind at the end of the interview, they may not be a good match for the job.

During an interview, a candidate may come off as a sparkling personality with the perfect set of previous experiences to excel in your open pharmacy position.

But after the interview, their references may tell another story. Always call references before you extend an offer to a candidate. Insight from references will help you discover what kind of employee the candidate really is, and if you hear criticisms, take them seriously.

You don’t have to stick to the list of references your candidate provided, either. Listed references may have already agreed to say positive things about the candidate, but you can get a more candid take if you track down other previous managers.