Millions Are Incarcerated, and They Need Meds 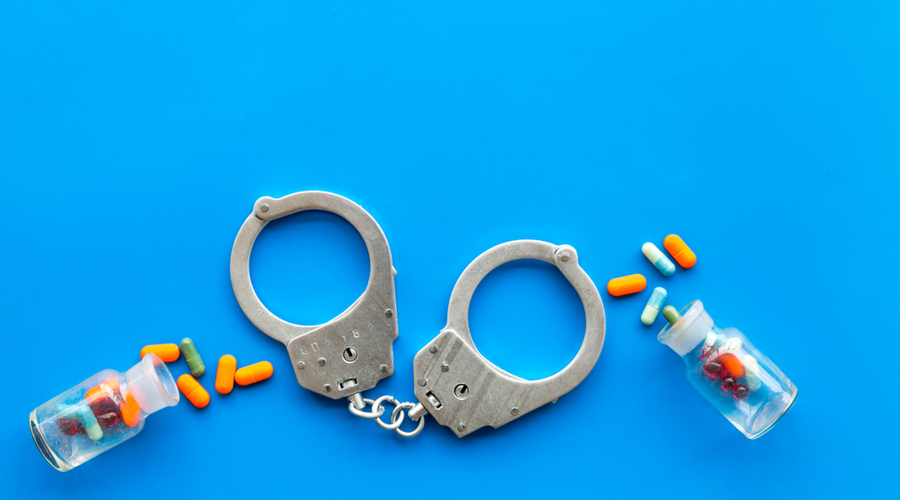 More than two million people are currently incarcerated in the United States—and many of these inmates have complex medical needs. In 1976, the Supreme Court ruled in Estelle v. Gamble that prisoners have a constitutional right to adequate medical care, and Departments of Corrections are required to treat illnesses of people in custody. That means millions of inmates need a pharmacy to provide medications that the government will pay for.

RxCare, a long-term care pharmacy, sister company of Carolina Apothecary in Reidsville, North Carolina, has found that serving their county’s local jail and nearby youth detention centers is a profitable niche that increases prescription volume and presents very few challenges. And it is revenue that isn’t touched by third-party insurers or PBMs.

Having operated as an independent retail pharmacy since 1945, Carolina Apothecary formed RxCare in 2003—a closed-door long-term care pharmacy. At first, they served traditional long-term care facilities like assisted living and group homes, but around five years ago they were introduced to the idea of servicing jails after securing a contract with a company that served youth detention centers.

″Working with the youth detention centers is what led us to go to our local county jail and say, ‘We’d like to make a proposal for pharmacy services,″ Leake said. So RxCare put together a proposal, had it accepted, and has been serving their local inmate population ever since.

Working with both the youth detention centers and their county jail was an easy extension of RxCare’s existing long-term care services with the perk of dealing with a lot less red tape. ″When you serve an assisted living facility, there’s a lot of regulations, insurance companies, PBMs, and medical professionals you work with,″ Leake said. ″A lot of nurses, doctors, state inspectors, insurance auditors, and others.″ However, in the detention center, all the healthcare decisions are made in-house. All the pharmacy has to do is fill the prescriptions and deliver them in a timely manner.

Jail and Prison: What’s the Difference?

The words ″jail″ and ″prison″ are often used interchangeably, but they serve different purposes and populations. Before you start offering prison pharmacy, get to know the difference.

Individuals are sent to federal prison when they are convicted of a federal crime like tax evasion, a crime on federal property, or a crime in which they crossed state lines. Federal prison stays tend to be longer than state prison sentences. There are 226,000 people currently in federal prison.

Individuals who violate state laws rather than federal laws go to state prison. These prisons tend to have more violent offenders, but shorter sentences. There are 1.2 million people currently in state prison.

Local jails typically hold people who have been sentenced to a short term, people still making court appearances, and people awaiting sentencing. There are 631,000 people in local jails, and 470,000 of them have not yet been convicted of a crime.

When RxCare put together a proposal for their county jail five years ago, Leake looked at how other pharmacies were working with nearby counties. ″RxCare’s goal was to negotiate a contract that would give the county the lowest price possible with exceptional customer service,″ Leake said. ″That’s what we were able to do and the contract was accepted.″

Keeping costs low is a big priority for prisons and jails. According to research done by the Pew Charitable Trusts, $8.1 billion was spent on healthcare costs for inmates in 49 states in 2015, and state Departments of Corrections reported that the cost of pharmaceuticals was one of their top concerns. Other top concerns were tied up with the overall cost of drugs, like the aging prison population and the increase in disease severity among inmates of all ages.

The proposal RxCare made to their county jail provided a clear explanation of what the county would pay for medication and supplies. And it worked well for the pharmacy because they knew what they were going to get paid. ″It’s based on real-time pricing,″ Leake said. The pharmacy doesn’t have to rely on the formulary’s out-of-date pricing that is usually months old. ″As we purchase inventory from the wholesaler, the price is generally updated every three or four days. So the jail is constantly getting the lowest price possible because we’re always going to buy the lowest priced medications. That’s a tremendous asset for the county.″

Leake said that RxCare fills thousands of prescriptions for the jail every month. When the pharmacy gets an order for prescriptions, his priority is to look for the lowest price available. He uses his pharmacy management system to find that information, so it doesn’t take very long.

Occasionally, when the pharmacy gets a prescription for a drug that is very expensive, they will contact the jail’s prescriber and see if they can change it to a less expensive option. ″It’s always the lowest price,″ Leake said.

For a pharmacy that already does a high volume of long-term care prescriptions, adding prescriptions from correctional centers doesn’t change much about the daily workflow.

″We’ve been doing long-term care for decades, and this is a natural extension,″ Leake said. ″The prescriptions are packed in specialized packaging and all orders are delivered within the same day. It’s a quick process to turn around with the correct systems in place.″

Compared to working with assisted living facilities and nursing homes, the county jail has significantly fewer challenges to deal with. The main rule for the county jail that RxCare serves is that the medicine has to be delivered in a secured tote and signed for.

The U.S. Federal Bureau of Prisons has a pharmacy program that includes both civilian pharmacists and pharmacists from the U.S. Public Health Service Commissioned Corps. The bureau has a biennial residential training conference to credential pharmacists.

Source: “Pharmaceuticals in State Prisons,” a report from the Pew Charitable Trusts

How care is delivered in county and city detention centers varies widely from location to location. In some states, local institutions fall under the jurisdiction of the state-level Department of Corrections. In others, the local institutions make their own healthcare arrangements.

More articles from the September 2021 issue: