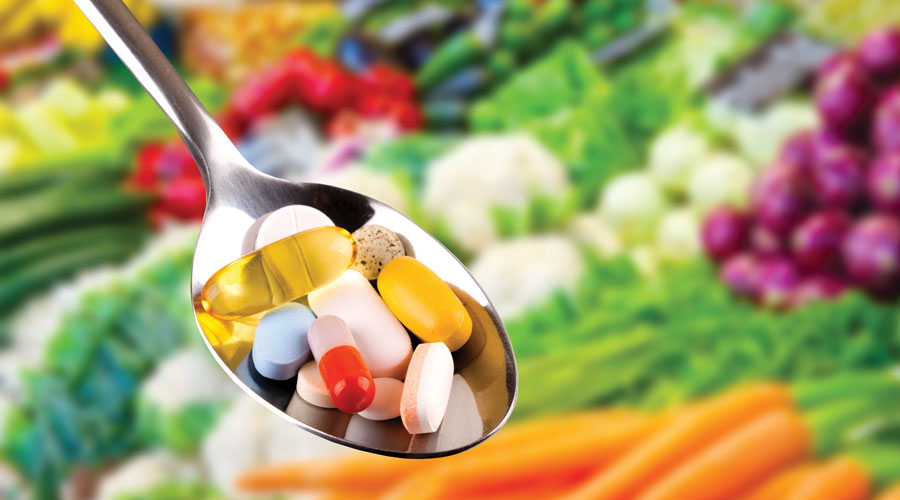 An independent community pharmacy in downtown Raleigh, N.C., has found the perfect ingredients for a successful pharmacy. A combination pharmacy and market in a densely populated district has become residents’ favorite one-stop shop for groceries and medication needs.

“The market and the pharmacy are providing services and products that are proven to be needed in this area,” said Tony Gurley, R.Ph., co-owner and pharmacist of Glenwood South Pharmacy and Market. He co-owns the business with his wife, Robin Gurley, R.Ph. “That’s definitely our niche. Meeting the needs of a walkable community like this.”

Because the business sits in a densely populated area, it offers extended store hours, staying open until 10 p.m. on weeknights and until midnight Friday and Saturday. And, opening on Sunday.

“We’re the only place people can walk to get grocery items and produce and sandwiches,” he said. “The people living here really like the walkability of it. It’s becoming a community store.”

Located below a 203-unit apartment building, the 7,500-square-foot pharmacy and market sits within a burgeoning entertainment and residential district in the heart of North Carolina’s capital. “We’re in the middle of a fasting-growing section of the fasting-growing area of the country right now,” Gurley said.

The pharmacy opened in September 2016 after Gurley was set to retire from owning pharmacies. “This opportunity came up and I couldn’t refuse it,” he said. Gurley has owned and sold six independent pharmacies since 1984.

He and his wife were already living a quarter mile from the space where they opened the pharmacy. So they live in the same neighborhood as the patients they serve. “I really wanted a business that was a part of the community,” he said.

When patients walk into Glenwood South Pharmacy and Market, they’ll notice two things right away. First, they’ll see the sprawling grocery options that take up most of the store’s space. Then, the huge pharmacy sign on the left will grab their attention.

Because the market drives most of the foot traffic, Gurley wanted the pharmacy sign to stick in shoppers’ minds. That way they’ll remember it when they need a prescription. “The market gets people in the store on a regular basis,” Gurley said. “So we get our share of prescriptions that way.”

The store design spurs shoppers to move back-and-forth between the pharmacy and the market with no barrier between the two. Typical retail pharmacy items like beauty products, vitamins and supplements, and first aid items blend into the market, blurring the line between the two sides.

“Customers can go between the two and we encourage that,” Gurley said. “And, our employees encourage it by helping customers at any part of the store with any products.”

This fluid combination helps both sides of the business because it generates traffic from one to the other. Market shoppers discover the pharmacy. And, pharmacy patients discover the market.

“We’re beginning to get people to come in now for the pharmacy who don’t realize that we have the market,” Gurley said. “They come into the pharmacy and are surprised to see we have a beer and wine selection and fresh produce. So it works both ways.”

The market also helps Gurley get to know the communities’ needs, which he lists as his number one priority. “It gives us an opportunity to solicit input from the community and to stock items they want us to carry,” he said.

One of the biggest draws of the market, especially among the booming millennial population in the area, is a 600-square-foot beer cave filled with a large selection of cold craft beer and wine. They’re the market’s two biggest sellers. The market even offers occasional beer and wine sampling events.

The pharmacy also attracts customers with an outdoor patio with seating and free Wi-Fi. “It’s a real draw to get people down here as they’re taking breaks at work,” he said.

In addition, a public space in front of the pharmacy hosts public performances, concerts and other events in the evenings. “It’s a very visible and comfortable area for the public and we promote that as much as we can,” Gurley said.

And even though the business sits in a walkable area, people love the free covered parking. “Adjacent to our store, we have 20 spaces that are exclusively for our pharmacy and market,” Gurley said. “People who live in the area can zip right in and out. We’re the only other business in the area that has free parking. So, that’s a big draw.”

Gurley knows he isn’t the only business in town to offer grocery and pharmacy in the same store. His closest competition is a Harris Teeter supermarket, a Kroger-owned company with nearly 250 stores. “We recognize that people have a choice to go to whichever pharmacy they want to,” Gurley said. “So, we have to make sure to take away all their excuses to not come here.”

He does that by differentiating his pharmacy from a typical grocery store pharmacy in several ways. The pharmacy offers vaccines and immunizations including for flu, shingles and pneumonia.

And, from the beginning, the pharmacy has partnered with long-term care facilities to provide adherence packaging for the residents. “That’s really been our niche to get the pharmacy off the ground,” Gurley said. “You aren’t going to find these services in a chain pharmacy or a grocery pharmacy combination. It’s more of an independent pharmacy attitude that we brought over to the combination store.”

He also prioritizes personal service for his patients. “I place a high value on customers’ time,” he said. “When we fill prescriptions, we do it quickly. When the phone rings, we pick it up. We have things ready for patients when we say we will.”

The personalized service also includes free prescription delivery anywhere in the county. Homes and businesses within a certain radius of Raleigh receive same-day delivery. Delivery outside that radius but within the county receives next-day delivery.

Most importantly, the pharmacy differs from other options because it tailors its products and services to its specific community.

“It all boils down to meeting the needs of your market,” Gurley said. “If there was no need for a market, having one with a pharmacy wouldn’t be a benefit. The fact is that people need this. We provide products they told us they wanted us to carry and they come in every day. That helps the pharmacy dramatically.”