What to Do When Patients Refuse Vaccines in the Pharmacy 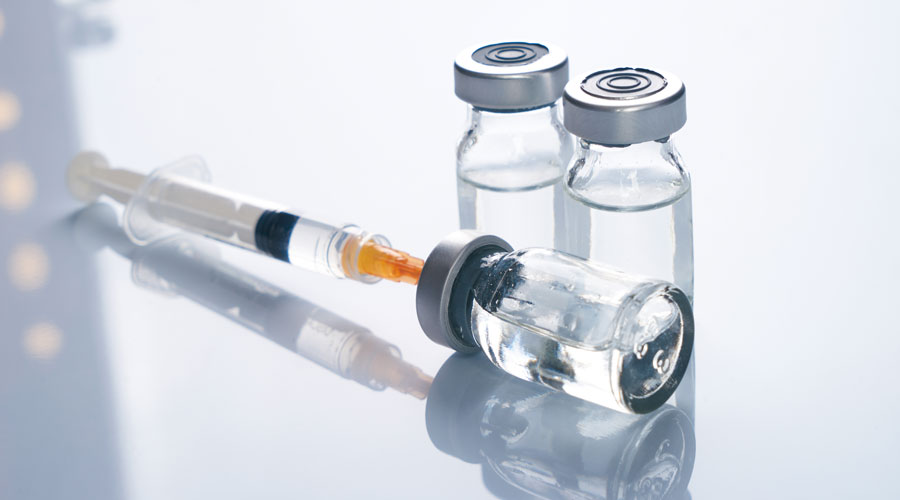 Inside: Sometimes pharmacy patients are hesitant to get a needed vaccine. Here’s what to do—and say—when patients refuse vaccines.

Nobody likes to hear “no.” Especially not pharmacists when patients refuse vaccines.

Even though patients have become more comfortable with getting their flu shot from pharmacists, many remain hesitant to get other vaccinations from the pharmacy. This happens in part because of recent controversial claims about vaccines’ ill effects. Or, it’s because of beliefs or uncertainty about receiving vaccines and immunizations outside of the doctor’s office.

Understanding how to turn a “no” into a “yes” can improve patient outcomes and earn more revenue for your pharmacy.

“All community pharmacists are well-positioned,” said Parth Shah, Pharm.D., Ph.D., a pharmacist and Post-Doctoral Fellow at the University of North Carolina. “You don’t have to worry much about scheduling appointments or about the pharmacy being closed during off hours when people get back from work. And you don’t have to go too far to find an independent pharmacy in general within your community.”

How to overcome resistance

The first step to convincing patients to get needed vaccinations is sorting out the hardliners. Some patients will refuse vaccines due to deep beliefs, and no tactics will change their mind.

“The problem is that these vaccine beliefs may emanate from people’s basic personal values,” said Noel Brewer, Ph.D., a professor in the Department of Health Behavior and the lead author of the study, “Increasing Vaccination: Putting Psychological Science Into Action.” The study surveyed hundreds of studies to analyze which motivational strategies are effective. “It’s hard to change people’s basic values.”

Instead, he said to focus on patients who are more positively inclined toward vaccinations. For example, a patient who gets a flu vaccine but says “no” to a shingles vaccine is a better target than one who refuses vaccines altogether. In addition, Shah said to start by offering the most common vaccines because familiarity will make patients more open to them.

Once you filter out the hardliners, how do you change resistant patients’ minds?

Don’t bombard them with educational material or lectures, for one. “Informational media campaigns are not all that effective,” Brewer said. “Health communication is usually a weak intervention.”

The educational approach assumes that human beings will make rational choices when presented with correct information. But Brewer’s studies have shown that’s not the case. There’s far more at play psychologically.

“Most people have long since settled whether they are the sort of person who vaccinates,” he said. “Because people forget why they made this decision in the first place, they may give excuses but not real reasons for vaccinating or not vaccinating.”

Being the right kind of persuasive

Instead of trying to inform patients into a decision, prod them into one with strategic tactics. Start with a firm suggestion before they can refuse vaccines.

“A healthcare provider’s recommendation is the single most powerful way to motivate someone to get vaccinated,” Brewer said. Although most of the research in this area concerns primary care physicians, it can apply to pharmacists as well. “Pharmacists are among the most trusted professionals in America, and that should make them influential with patients they have an ongoing relationship with,” he said.

Shah echoed this sentiment. He said when providers frame it as a question, it sounds optional. Don’t ask patients if they’d like to get a vaccine. Instead, tell patients they’re eligible or due for one, and strongly recommend they get it at the end of the visit, he suggested.

Although recommendations need to be firm, Shah cautioned pharmacists not to push too hard. “From what our research is showing, if you come across a resistant patient, you don’t want to push them because they’ll likely dig in their heels more if they’re completely uninterested in getting vaccinated that day.”

If patients clearly aren’t interested in getting a vaccination, take these steps. Send information with them, reinforce the importance of the vaccination, and tell them you’re there to talk more when they’re ready.

Shah also said that pharmacists need to effectively field questions on the spot, which resistant patients are likely to have. “It’s surprising, from our studies as well as other studies, how much more training and how much more room there is for improvement around communicating risks and benefits of vaccinations and how they particularly apply to the patient sitting in front of them,” he said.

Overcoming the patients who refuse vaccines

Shah’s studies focus primarily on adolescent vaccinations, which often face greater resistance from parents. Adults open to vaccinations for themselves might resist vaccinating their children, which makes their “no” harder to overcome.

“When you are providing care to an adult patient, that patient is the one making decisions for themselves,” Shah said. “That puts them in a slightly different decision-making process than if they’re making a decision on behalf of someone else because they’re taking ownership of what happens with that decision.”

He said one way to increase vaccination uptake is to get more strategic with your advertising. That means looking at the seasonality of vaccines and advertising beyond just the flu shot. For example, advertise adolescent vaccines during the summer months leading up to the start of the school year.

Overcoming vaccine resistance may take extra work and a bit of frustration. But the majority of your vaccination experiences with patients will be positive. “Most people like and are ready to get vaccines, even if they need a little nudge,” Brewer said.