What Does Rising Inflation Mean for Independent Pharmacies? 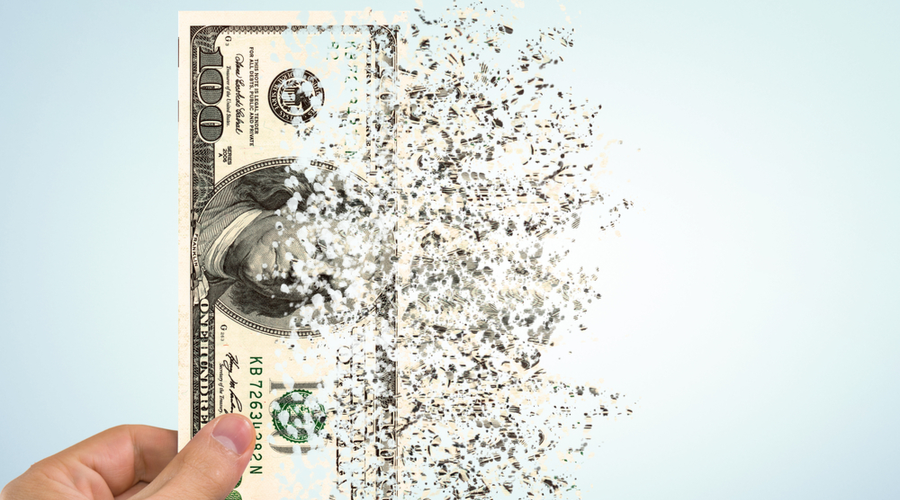 In the wake of the coronavirus pandemic, inflation is on the rise. This could lead to changes in your patients’ spending habits and an overall rise in costs that can have a big impact on your pharmacy’s profitability.

Here’s a breakdown of the current inflation rate and what it means for your pharmacy now and in the future.

How bad is current inflation?

For most of recent history, inflation has stayed under 2 percent, but in the past few months, it’s been increasing at a faster rate. In the United States, inflation increased from 2.6 percent in March 2021 to 4.7 percent in May. That’s the highest it’s been since 2008.

Most of the reasons for the current inflation trend can be tied back to the pandemic. Last year, going into the pandemic, prices for many products dipped, and as the economy has recovered, prices have started to rise again. On top of that, two stimulus bills of $900 billion and $1.9 trillion injected a lot of cash into the economy.

Supply chain issues have also caused prices to rise. Since lots of manufacturers are having trouble getting ahold of the raw materials they need, they’ve had to charge more for the goods they produce.

Should you be worried about inflation?

Inflation has a lot of potentially scary side effects for small businesses, and there’s no doubt that it’s on the rise. So is it time to panic?

Many experts say this level of inflation is temporary. The Federal Reserve predicts inflation to average 2.4 percent this year and decline to 2.1 percent by 2023.

There are lots of reasons to believe that though the current bout of inflation isn’t ideal, it’s not going to be catastrophic, and eventually, prices will level off.

The first reason is the recent stimulus checks. In the past year, most Americans have received multiple stimulus checks that are burning a hole in their pockets. These additional funds mean that many people have more funds than usual, and they’re spending it on goods and pushing prices upward. But that’s not an ongoing issue.

There’s also the reopening rush to consider. As people get vaccinated, they are purchasing things like flights, dinners, movie tickets, and other commodities they haven’t purchased in the past year, which again, is pushing prices up.

With that increased demand for goods and services, many industries are experiencing supply chain limitations. But those will eventually work themselves out as companies adjust to the new demand.

Some of the inflation is tied to particular industries and doesn’t reflect a general problem, some experts say. “Many of the most vivid and economically significant examples of price inflation so far, like for used cars, have unique industry dynamics at play, and therefore represent relative price changes, not economywide price rises,” the New York Times reported.

Prices may remain high for the next few months, but most economists expect that inflation is a temporary growing pain as the economy recovers from the pandemic.

As inflation increases, these are some of the potential effects on your pharmacy that you should be aware of.

The most immediate issue you’ll face as inflation rises is the increased prices all around the market.

On one front, this means that your vendors may raise prices. If you want to keep your own prices stable, that means that you’ll have lower profit margins at the end of the day.

You could pass those increased costs onto your patients, but that doesn’t automatically mean that you should. First, think about what you can do to decrease costs on your end to maintain your profit margins without increasing consumer prices.

Steps like creating a more efficient schedule so you don’t have as many labor costs or implementing new technologies that help you automate can help stave off price increases on the patient side.

As prices rise, it will also change the way your patients behave and spend their money. As they lose purchasing power, don’t expect them to spend their money at your pharmacy the same way they always have.

One effect of this loss of purchasing power is that their basket size will decrease. They used to be able to buy five items with $20, but as inflation increases, that same $20 only buys them four items.

If inflation looks like it’s going to continue to increase for a long time, it may also prompt your patients to make some impulsive purchasing decisions. In periods of high inflation, people realize that the $100 they have sitting in the bank won’t be worth as much in six months, so they make large purchases before the dollar weakens even further.

While this may initially have a positive effect on your pharmacy — lots of people coming in and buying high-dollar items doesn’t sound like a bad thing — it will probably be followed by a spending drought.

Regardless of what the cause is, you can probably expect to raise wages during periods of high inflation in order to compete with other employers and entice the most qualified employees to come work at your pharmacy.

The main tool that the U.S. Federal Reserve has to influence inflation is the federal funds rate. That’s the interest rate that banks charge to other banks.

When the interest rate is low, borrowing money is cheaper for individuals and small businesses.

However, during high inflation, one step the Fed might take is raising interest rates. When people and businesses have a harder time borrowing, it can reduce overall spending and get prices under control.

Right now, interest rates are historically low, and the Fed says it doesn’t currently have any plans to raise them. But if inflation continues and the Fed does raise interest rates, you’ll have a challenging time securing a loan or line of credit for your pharmacy.

Higher interest rates also mean that your patients won’t be as eager to spend and you could end up facing a slowdown in profits.