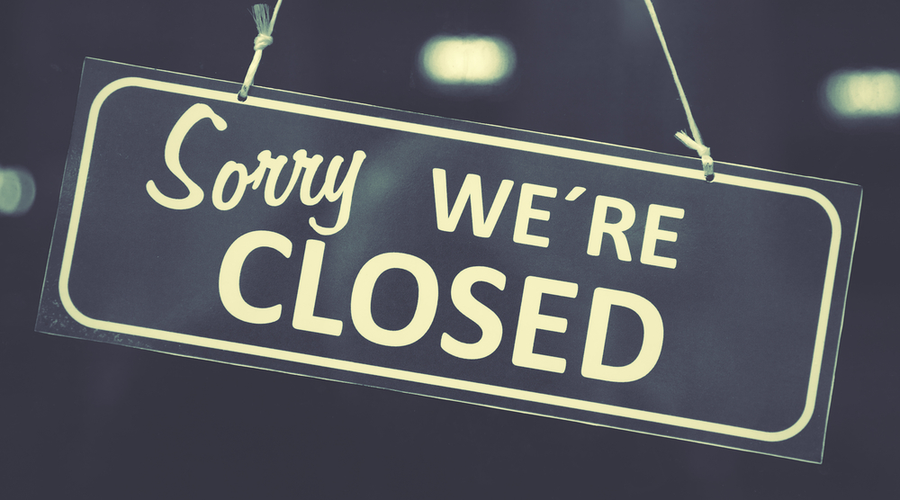 Inside: The mistakes that brought down business giants — and how you can avoid them.

Even if your prescription volume is high, you have the hottest over-the-counter products, and your services are popular, don’t get too complacent. Even successful companies are susceptible to suffer when the winds change, whether it be a change in customer demand, new technology, or plain old poor management.

The markets are fickle, and we’ve recently seen companies with decades of success under their belts falter and declare bankruptcy. Here are six stories of how hugely successful businesses saw their fortunes’ turn, and how you can learn from their mistakes.

1. Devotion to the status quo

A business model that makes a business successful won’t necessarily keep it successful. Take a look at the bookstore giant Borders, which spent 40 years growing its business until 2011, when it closed up shop for good.

Borders failed because it was too hesitant to deviate from its traditional brick-and-mortar business model. When Amazon burst onto the scene as an online bookseller, instead of creating their own competitive online store, Borders redirected traffic to Amazon, hurting their brand.

When e-readers began to gobble up market share, they didn’t develop their own e-reader like Barnes & Noble did with the Nook. By not keeping up with the times and over-relying on an old-fashioned business model, Borders went from a thriving chain to declaring bankruptcy.

At your independent pharmacy, you can learn from Borders by paying close attention to what your competitors are doing and taking advantage of technology to gain an edge. Don’t be the last pharmacy to adopt technologies and services that make things more convenient for your patients.

In 2003, Crumbs Bake Shop was one of the first entries into the burgeoning cupcake market. It grew from a single store on the Upper West Side of Manhattan into a nationwide chain, but by 2014, the cupcake trendsetter had shuttered.

After its initial success, Crumbs decided to expand, then expand some more. It leased large spaces in high-profile, high-rent neighborhoods and had plans to grow even more.

But the cupcake trend was fleeting, and as the market became crowded with other competitors, Crumbs’ sales began to decline. With too many stores bringing in too little money, cash flow became a problem and Crumbs had no choice but to declare bankruptcy.

If your pharmacy is in a position to grow, learn from Crumbs’ mistakes and don’t grow too fast.

Make sure the communities you are expanding into can support an independent pharmacy, and be smart about the spaces you rent or buy. When you get too excited about the big picture of expansion, it’s easy to lose sight of smaller details that could end up bringing you down.

READ NEXT: This Is How You Know It’s Time to Expand Your Pharmacy Business

Sears has been a staple of American life for over a century, but in 2018, the once-ubiquitous shopping mall anchor filed for bankruptcy.

The brand had been mismanaged for years, creating a poor shopping experience for its customers. It failed to offer the products and services that its customers wanted, and the physical locations were often rife with empty shelves and unkept displays.

Sears’ failure is a reminder for your independent pharmacy to keep up with basic shopkeeping. Too many empty shelves with out-dated products creates a museum effect and gives your patients the impression that you are struggling financially, which can create a self-fulfilling prophesy.

At the time it went bankrupt, Toys “R” Us was selling a fifth of all toys in the U.S. Even though sales were robust, it wasn’t enough to save the famed toy store chain.

The reason Toys “R” Us declared bankruptcy in 2018 was that it had acquired billions of dollars in debt and was paying hundreds of millions of dollars every year to service it. That meant the chain couldn’t invest in its stores and left customers with an unpleasant shopping experience. Eventually, the debt burden became so high that Toys “R” Us had to close down all its stores.

Taking on debt can be a smart way to leverage your pharmacy and grow, but if paying your loans becomes so costly that it cuts into cash flow, it can spell doom. Be aware of important formulas like the quick ratio and current ratio to make sure your assets can cover all your debt liabilities if needed.

There was a time when the blue-and-yellow Blockbuster sign lit up in 9,000 locations. Now, there’s a single store remaining. Blockbuster’s business relied on people visiting the brick-and-mortar store, checking out physical copies of movies, forgetting to return the movies on time, and paying late fees.

When Netflix came around — which allowed customers to pick out movies from the comfort of their own home and keep them for as long as they liked without penalty — Blockbuster’s business plummeted.

Because there was no other revenue generator to pick up slack when people stopped coming in to rent videos, Blockbuster never recovered.

Pharmacies mainly rely on dispensing medications, but by also having robust over-the-counter sales and offering lucrative services, they can diversify their business and avoid the same fate as the video store giant.

Lehman Brothers experienced perhaps one of the most dramatic failures of the 2008 financial crisis, but the company’s problems started long before the Great Recession.

The company had started as a client-focused bank, but the company culture evolved to make Lehman toxic. The leadership there used aggressive metrics and performance bonuses to convince employees to focus on profit instead of the quality of service, and the business’s growth-at-all-costs mindset made them lose touch with their clients and left them vulnerable during the economic collapse.

Even as you focus on making your pharmacy more profitable, it’s important not to forget the needs of the patients you serve. Don’t encourage your pharmacy staff to take shortcuts in order to meet goals like filling more scripts per day, because if you lose the human touch, you lose what makes your pharmacy special.

READ NEXT: How to Avoid a Toxic Culture in the Pharmacy Workplace