Why Your Pharmacy Needs an Adherence Program 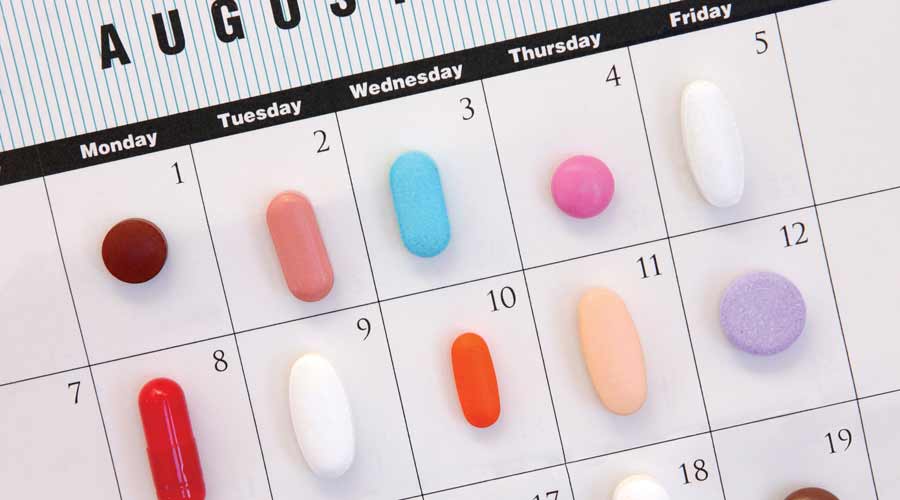 The United States loses $290 billion every year because patients don’t take their prescribed medications or they take them incorrectly, according to a 2009 study by The New England Health Institute. The same study found that mortality rates among patients who did not adhere to their medications were nearly double the rates of those who took their medications as prescribed.

A 2012 report from the World Health Organization (WHO) found that increasing the effectiveness of adherence interventions may have a greater affect on the health of a population than any improvement in specific medical treatments.

These findings add to the growing level of importance placed on preventive health measures and increasingly, the pharmacists who are providing them. As the Medicare Star Rating system and private insurance plans continue to develop, a system for monitoring outcomes and generating data is needed.

“With the Star Ratings system, we’re set up to co-exist with the PBMs. We’re providing something that the PBMs and mail order pharmacies simply can’t do. They can’t have a face-to-face relationship with the patient. Any other method that they can come up with just isn’t going to work as well as patient-pharmacist interactions,” said Justin May, Pharm.D., director of pharmacy at Red Cross Pharmacy, a regional independednt pharmacy chain with locations in northwest and central Missouri.

“The 90-day mail order supply can almost defeat its own purpose because it’s the multiple points of contact that make the most difference.” May said. “If we’re doing blood pressure checks at the pharmacy for patients who are diagnosed with hypertension and we do that for the first four months and get them on the right track, that’s great.”

Creating, implementing and tracking an adherence program within your independent pharmacy isn’t just a smart method of treating patients and keeping the doors open, it’s also a huge part of the future of the pharmacy profession.

“Adherence programs and the current healthcare environment are the opportunities pharmacists have been waiting for,” said May. “As a profession, we haven’t been aggressive enough. We go to school for years, have advanced degrees and then we’re told to stand behind a counter and fill or check prescriptions. We’re trained to provide healthcare and clinical services to patients. We’ve been waiting for years to make these changes. It’s just a matter of starting.”

Good for the patient

The basis for the majority of adherence programs is synchronization. Multiple prescriptions are coordinated and made available for the patient to pick up on the same day. In turn, this creates an occasion for the pharmacist to examine all of a patient’s prescriptions—which could be from several different physicians—for possible interactions or for cost-saving opportunities. Potential refills are also called-in and made beforehand, eliminating exasperating waiting times for everyone involved.

The Appointment-Based Model (ABM) adherence programs also include a monthly visit or consultation with the pharmacist. During this allotted time, patients can ask questions about their medications. Pharmacists can then offer recommendations for OTCs, diet or lifestyle changes or home health equipment. “We start working on things a week in advance,” May said. “That way we can plan any refills you need, immunizations or a flu shot—all that’s pre-planned and communicated with you beforehand. Instead of sitting there waiting for your script to be filled, you’re having an interaction with the pharmacist.”

The VCU Thrifty White ABM study also measured health costs for diabetics and found that “by moving a patient from the 40-59 percent adherence level to 80+ percent adherence level, you can see a per-patient savings of $4,091 (a 31 percent decrease). When you consider that there are 25.8 million diabetics in the United States, the savings potential of a widespread ABM medication adherence program is astronomical.”

Good for the pharmacy

Red Cross Pharmacy launched its adherence program, called EliteCare, in March 2011. “It’s a comprehensive patient care program and an organizational tool for the pharmacy,” May said. “And right now, our program is all in-store and managed very simply on our computers with a calendar and a spreadsheet for 12 stores. We essentially started it at no-cost. There are no financial reasons for a pharmacy not to implement an adherence program.”

Another benefit of adherence programs for pharmacies is the time management capabilities. “We looked at patients who had been on the program for over a year. The first thing we noticed is that workflow improved. Our average patient in the program has seven scripts, if you have 10 patients, that’s 70 scripts and a pretty significant part of your day.” May said. “Phone calls are also reduced because patients aren’t calling four to five times a week. If they’re only calling once a week or once a month, you find yourself saving a lot of time. For time management, EliteCare is great.”

Improved workflow can also mean a more organized staff. Technicians, float pharmacists and other staff members can plan their shifts according to the busier days, or relegate their time on the clock to other tasks that need attention. An adherence program can also help lower the number of deliveries.

Inventory management can improve when an adherence program is put into practice at a pharmacy. Knowing that you have an expensive medication on the shelf and a patient coming in every month to receive it gives you an ability to make smart purchases from your wholesalers.

Simply put, running an adherence program at your pharmacy is good for business. “I looked at prescription revenue and found that we were up 29 percent on the patients that had been on for a year or more,” May said. “Our total revenue coming in was 29 percent more from a year prior to them enrolling in EliteCare to one full year of being on EliteCare, and that was as a group.”

And, the numbers aren’t just because the pharmacies are refilling more often. “Thirty percent of our people actually decreased in total revenue for us. It was that the other 71 percent increased significantly enough to increase our revenue by 29 percent.” May said. “My gut feeling is that it’s because of management, such as brand to generic changes or duplicate therapy that was eliminated.”

How to start an adherence program

Some pharmacists talk themselves out of starting an adherence program because they believe it will take too much time. The first step is simply deciding to begin and committing to that choice.

“It’s like personal finances, “ May said. “If you’ve never done anything with your checkbook, of course it’s going to take some time to organize. Once you get on track—typically two or three months—your adherence program is going to give you all the tools you need to have an organized day.”

May also advised that pharmacies start small. “Choose five or ten long-time patients, family members or your staff, people who you know will have patience while you iron out the kinks.” Choosing physicians who you know are easy to work with is another great avenue for a successful start. Another component for success is getting your staff on board with the program. From the owner all the way to your part-time techs, if your staff sees and promotes the value of the adherence program, they’re even more likely to help you ‘sell’ it to your patients.

“Everything we do is focused on the patient. It’s all centered on providing care and we empower our staff to take care of the patient. Having our pharmacists engaged in the process not only makes sense, but also truly provides a ‘win’ for all the parties involved,” said Scott Hartwig, CEO and co-owner of Red Cross Pharmacy.

Rueter added similar thoughts saying, “Our advice to someone looking to implement adherence programs is that it needs to be a priority for the pharmacy. Enrolling a patient in an adherence program is just the start. Maintaining the program and communicating with the patients is an ongoing process that can get derailed quickly due to staff turnover, illness, vacations, and so forth. At the same time, it will increase your sales due to the increased number of prescriptions that actually get refilled. The effort is rewarding and will improve the health of your patients.”