You’ve Been Negotiating All Wrong 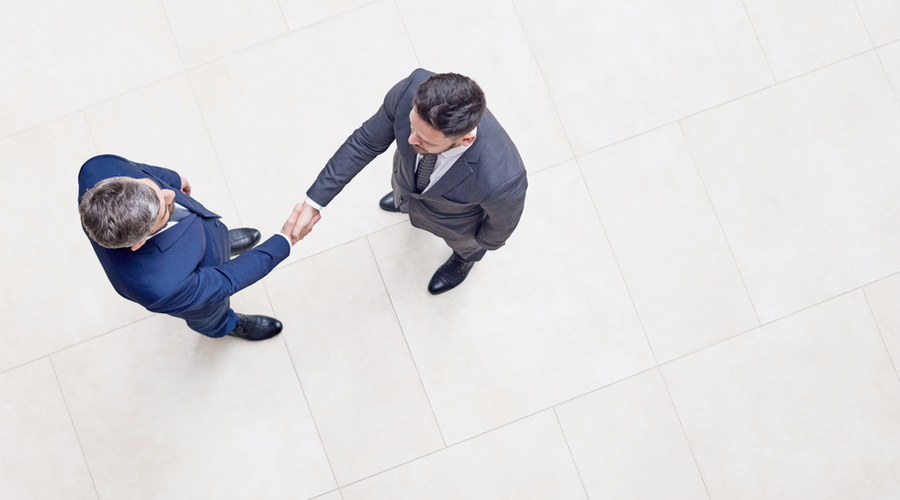 For a small business, most negotiations have the potential to feel high stakes. One unfavorable deal could have an outsized effect on your pharmacy’s profitability.

But unlike your negotiating partners, you probably don’t have a slick team of pros to get you the best deal.

Use this wisdom from the Harvard Business Review to formulate the best negotiation strategies and sidestep pitfalls. These are seven common mistakes you should avoid to get the most out of your pharmacy’s business negotiations.

Mistake 1: Being reactive, not proactive

One of the worst mistakes you can make during a negotiation is to go in underprepared. When people know they have a negotiation coming up, they might sketch out a few potential dealbreakers and little else.

Negotiation may feel like a task you can only accomplish in the moment, that it’s best to formulate a strategy after you’ve figured out what your opponent’s strategy is. But by being reactive instead of proactive, you’re giving your opponent the high ground.

If you plan out your strategy in advance, you can prepare for the worst-case scenario while steering the negotiation to your preferred outcome.

“With well-thought-out strategies, negotiators can suppress the urge to react to counterparts or to make preemptive moves that are based on fears about the other side’s intentions. They’ll be able to prepare for the worst but not trigger it—and to identify the actions most likely to have a significant impact on deal outcomes,” write Jonathan Hughes and Danny Ertel, partners at Vantage Partners, a global consultancy specializing in strategic partnerships and complex negotiations.

Mistake 2: Focusing on the opponent

For most negotiations, people pursue a particular party. For example, if you want money, you go to a lender. But focusing first on who you think you should be negotiating with will often lead you in the wrong direction.

Hughes and Ertel suggest asking these four questions before homing in on your negotiating partner:

In an age of falling reimbursements, probably spend a lot of time negotiating with third parties to get the payments you deserve. But if you focus on the outcome — appropriate payments — you may find an alternative solution, like going to a cash-only model that cuts out third parties or joining with other pharmacies in CPESN to get paid in a new way.

Mistake 3: Giving away your leverage

As an independent pharmacy, you’re usually the David in David-and-Goliath type negotiations. When you’re negotiating as a little guy, it may be easy to think that the other party has all the power and that they can walk away easily if you don’t bend to their will.

But you probably have more leverage than you think. A wholesaler might not lose much if an individual pharmacy walked away from the table, but they would start to feel the pain if a lot of independent pharmacies took their business to another wholesaler. By making a move like joining a pharmacy buying group, you can give yourself more leverage and convince your negotiating partner to engage in collaborative, good-faith conversations about terms.

Mistake 4: Being too narrow

If you treat the scope of your negotiation as a given, you could end up limiting potential positive outcomes for your pharmacy.

“The lesson here is to offer the other side new opportunities instead of focusing just on the needs that only it can meet for you,” Hughes and Ertel write.

When you enter a negotiation, your opponent may not be on the same timeline as you. While you could be ready and eager to make a deal, they are taking things slowly.

Some people might use this as an opportunity to play hardball, putting pressure on their negotiating partner to get to a resolution. But taking this tack could result in the other party walking away from the table.

If your negotiating partner isn’t ready to make a deal, don’t force their hand. Instead, use that time to do your research and build your case. You may end up getting the better end of the bargain because you were patient and went in prepared.

You also want to time the negotiation (and what exactly you’re negotiating for) when it’s most favorable for you, based on the marketplace, the industry, and the specific business.

Hughes and Ertel suggest asking these questions to get your timing right:

If a negotiation isn’t going your way, you might think, “We’ll settle on these not-great terms for now and try for a better deal down the road,” but if you settle once, your negotiating partner will expect you to settle again. It will be much harder to change the terms when you’ve already proven you are willing to make concessions.

With that in mind, don’t settle for a less-than-ideal solution now if you don’t want to be stuck with it for a long time.

Mistake 7: Staying inside the box

You probably have a pretty clear idea of what negotiations look like: one party brings a proposal, then the other comes up with a counteroffer, and then they are off to the races.

But sticking with this rigid, traditional structure may actually keep you from coming to the solution you want.

Don’t be afraid to break the rules when negotiating. Your negotiating partner isn’t necessarily your enemy, and you don’t have to have an adversarial approach. Instead of starting with the traditional offer-counteroffer setup, consider starting with a collaborative session where each party talks about what they want to accomplish. Find the common ground and then work together to find a solution that’s pleasing to both parties.

Instead of treating a negotiation like a battle, treating it as an alliance can lead to more favorable outcomes for everyone.